'Half a Sixpence' is a show that is not so regularly performed anymore, but is undoubtedly a very funny and enjoyable production to attend anywhere.

With gags throughout the script and jolly musical numbers it’s one of the musicals where you can see a real influence from Music Hall, and heavily relies on the stamina and charisma of an exceptionally talented leading man in order to carry it through.

‘Half a Sixpence’ was originally written as a vehicle for pop star Tommy Steele (Britain’s answer to Elvis Presley) and was based on the original novel ‘Kipps: The Story of a Simple Soul’ by H. G. Wells. While the musical was written to showcase many of Steele’s numerous talents an interesting fact is that why many people would assume that Kipps performing ‘Money to Burn’ (where he decides the first thing he’s going to buy with his new found wealth is a banjo) was just a chance to show off Steele’s musical talents and prowess on the instrument, in fact in the original novel a banjo is still mentioned by the character as being the first thing he will purchase.

‘Half a Sixpence’ tells the tale of the life of Arthur (or Artie) Kipps, where he experiences an unexpected change of luck and inherits a large fortune, falls in love and becomes engaged to a rich lady from the upper classes, Helen Walsingham – to his rather abrupt downfall. Along the way he learns the important lesson that love is far more important than money and being a part of High Society - and also reunites with his childhood sweetheart, Ann.

Galashiels Amateur Operatic Society have a reputation for really setting the standards with their shows, and as expected delivered a lively, polished performance.
With limited space on stage they always do a great job of utilising their performance area and the scenery that they had chosen (from us!) looked spectacular and really enhanced the show. Despite the number of different scenes and quick scene changes required there was something new to look at in every scene, but as everything had been chosen carefully to co-operate with what was happening on stage not only were they able to effectively ‘set the scene’  but at no point did the stage look at all cluttered-  even though at there were some dominating pieces of hard set being used that are better adapted towards a larger space. 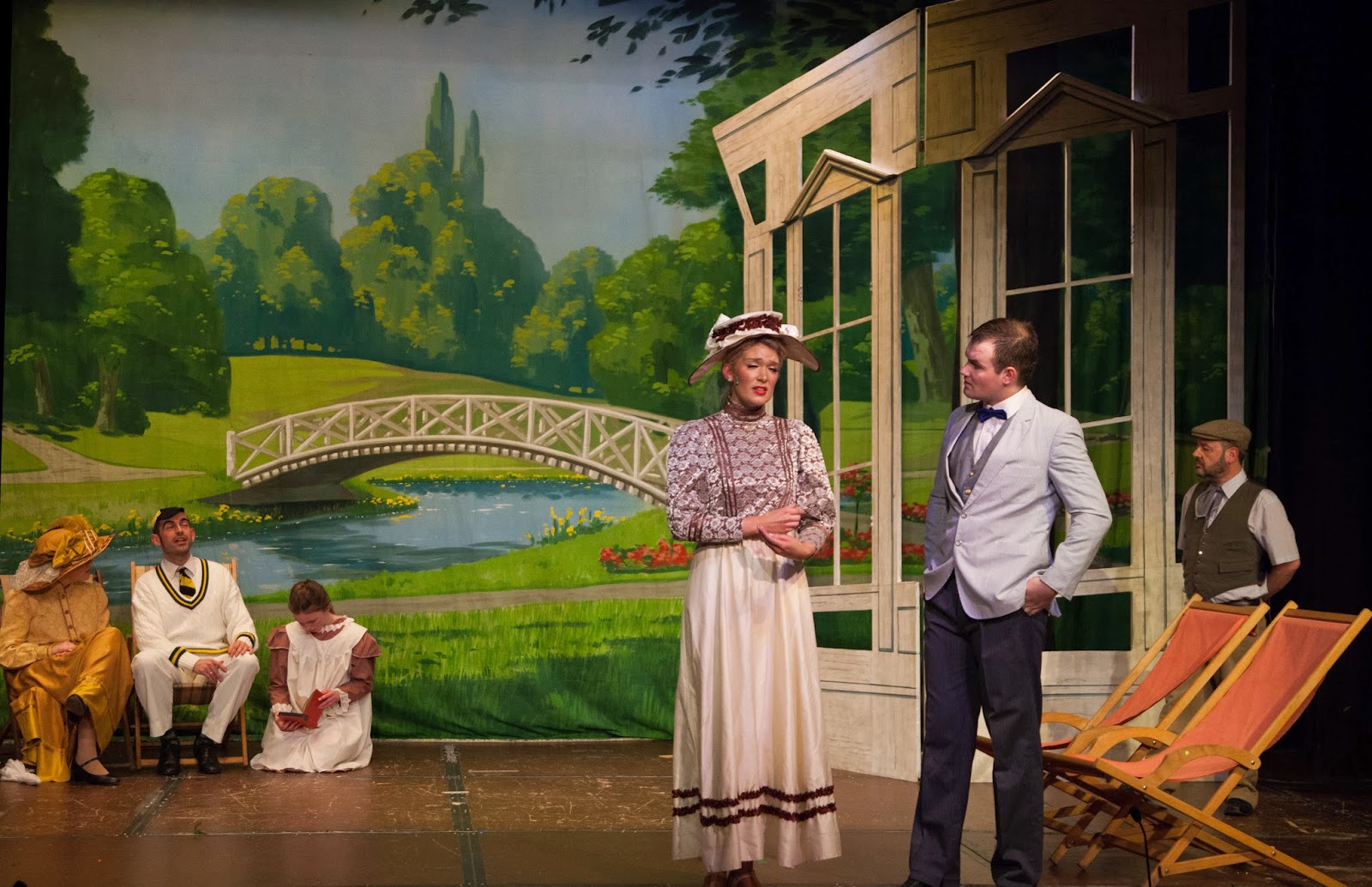 Gala also utilised a number of backcloths well for different scenes – I thought the Municipal Park scene in particular really stood out with the inclusion of Cloth No. 850 Park Landscape and two conservatory flats – providing the perfect background for a game of cricket and really showcasing Kipp’s emergence into high society. 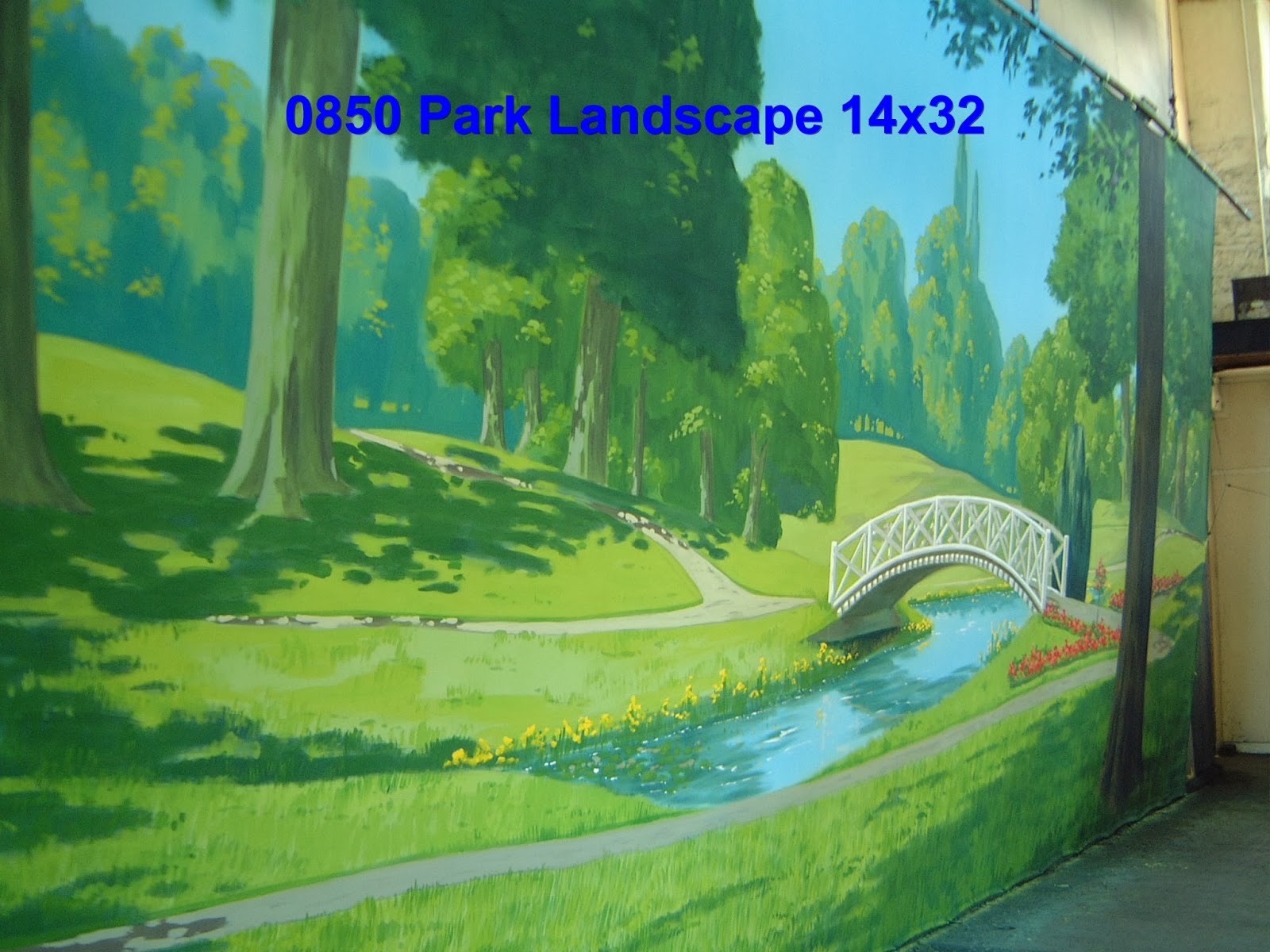 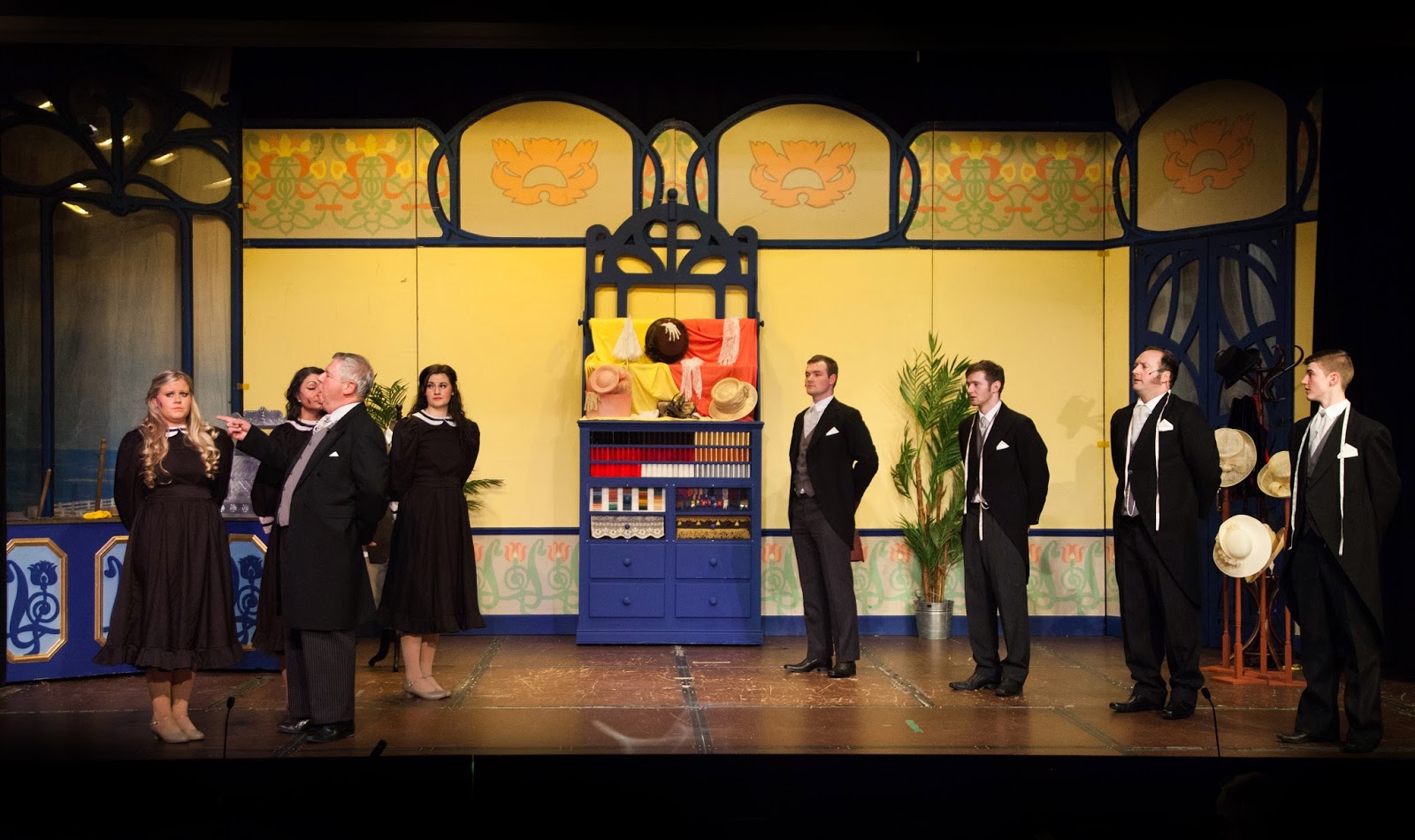 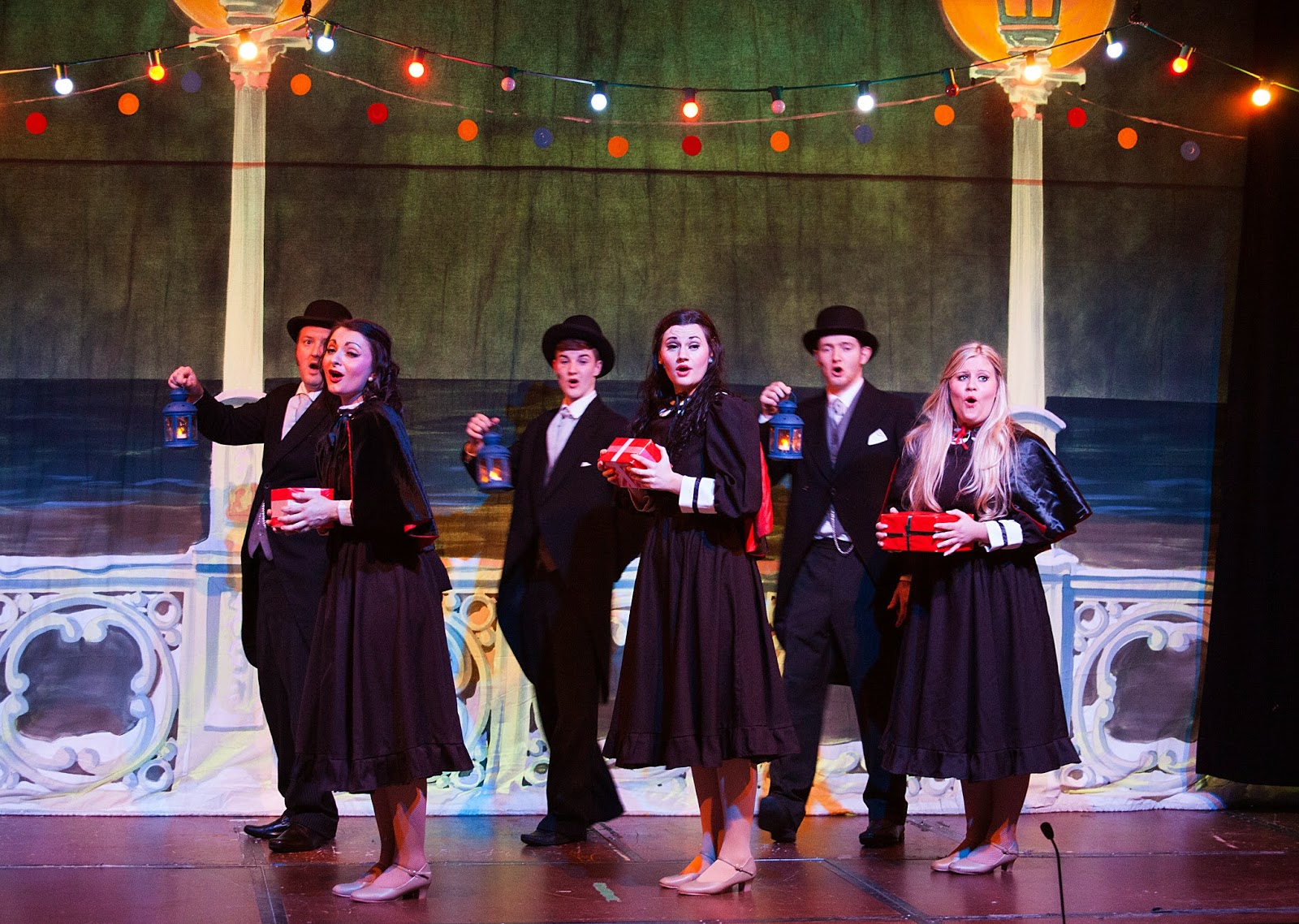 The cast delivered a superb performance, with each member not only pulling off a ‘down south’ accent but also having the stamina to not be (visibly) tired by the end of the show, even after all the extensive song-and-dance numbers!

The main standouts from this show for me were Ivor Lumsden, who played the camp Chitterlow to great effect with a very physical and dedicated performance, as well as Ruth Johnston as a statuesque Helen Walsingham, Carla McColgan who gave a very spirited performance, and finally Alaistar Waddell as Shalford. With his growls and movements he had the whole audience in absolute hysterics.
Of course, without question the lead himself Clark Eaton Turner as Kipps was the absolute star of the show. Despite the huge amount of lines, monologues, scenes and songs (Kipps sings in 21 out of 26 numbers) I was very impressed that Kipps did not falter once – neither missing a line or a cue. He also managed to give a very energetic, lively performance that wasn’t lagging by the finish.
He was a very charismatic performer that managed to make the character very likeable, and was smooth and confident whilst he was on stage.
There was also a great contrast between the two female leads – Helen Walsingham and Ann, the childhood sweetheart played by Carla McColgan. You often find yourself rooting for one women in these set-ups but I found both characters to be very likeable, yet with a clear contrast between Helen’s high society lady who was very controlled and polite, and Ann who was very sweet, sensible, and totally down to earth throughout. 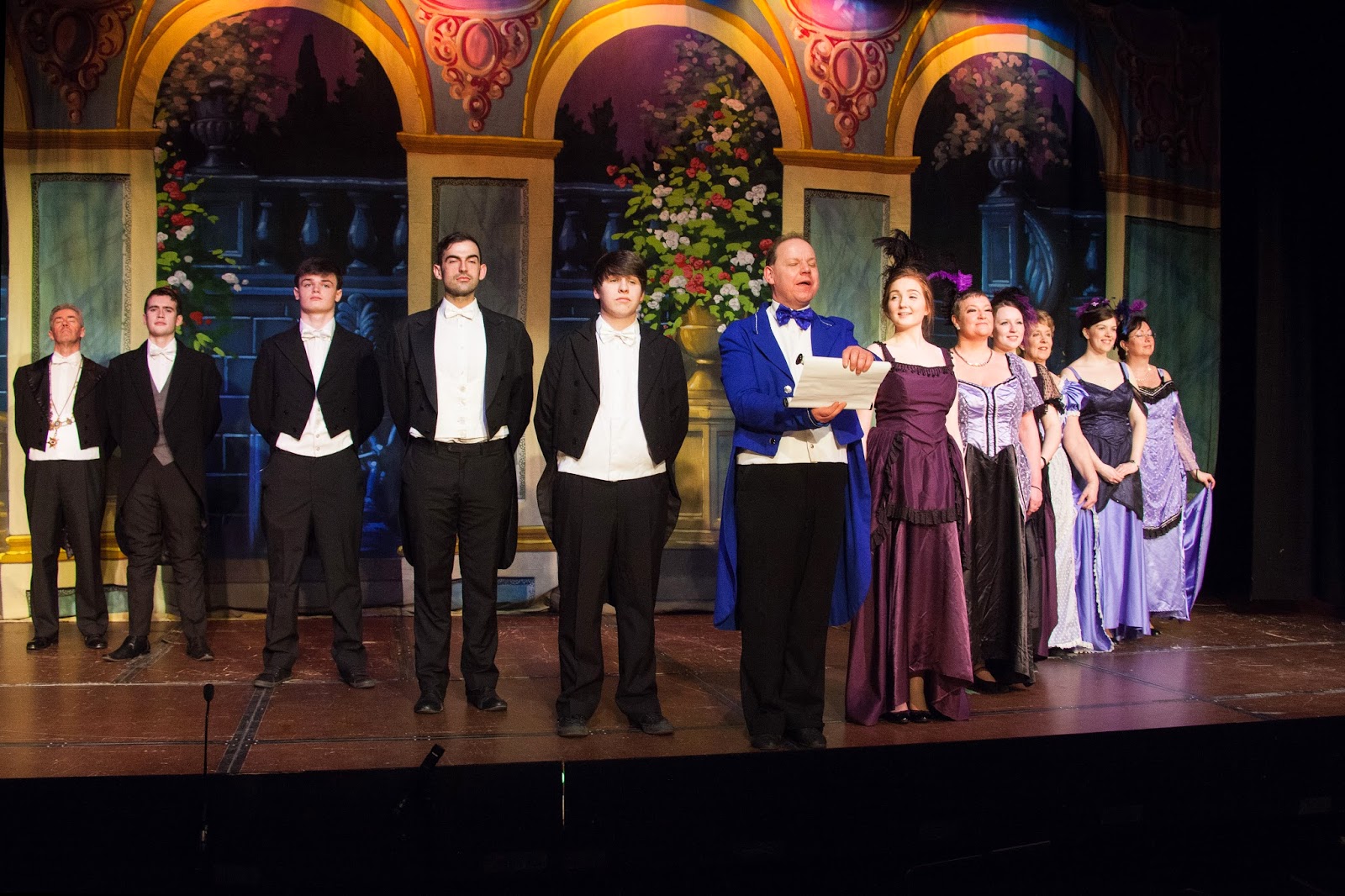 In a way you see both Ann and Kipps ‘grow up’ through the show and the actors were able to effectively show the characters changing natures. You are first introduced to the characters as children but there was a noticeable difference between the cheerful and naïve Ann who first travels to Folkestone in search of ‘her Artie’, however by the second half she has mellowed and gone from spending much of her time pining for Artie to being a down to earth and fairly strong character, who despite Arthur’s pleadings for her to become more of a lady still insists on doing much of her housework and following what makes her happy. By the end of the show she is calm, happy and satisfied and the pair have very much made their own success through their bookshop. (Before receiving another unexpected landfall) And it is down to Ann that Kipps finally learns that money is not everything and that some things are more important.

Overall this was a fantastic show, we had a great time watching it and were truly entertained. 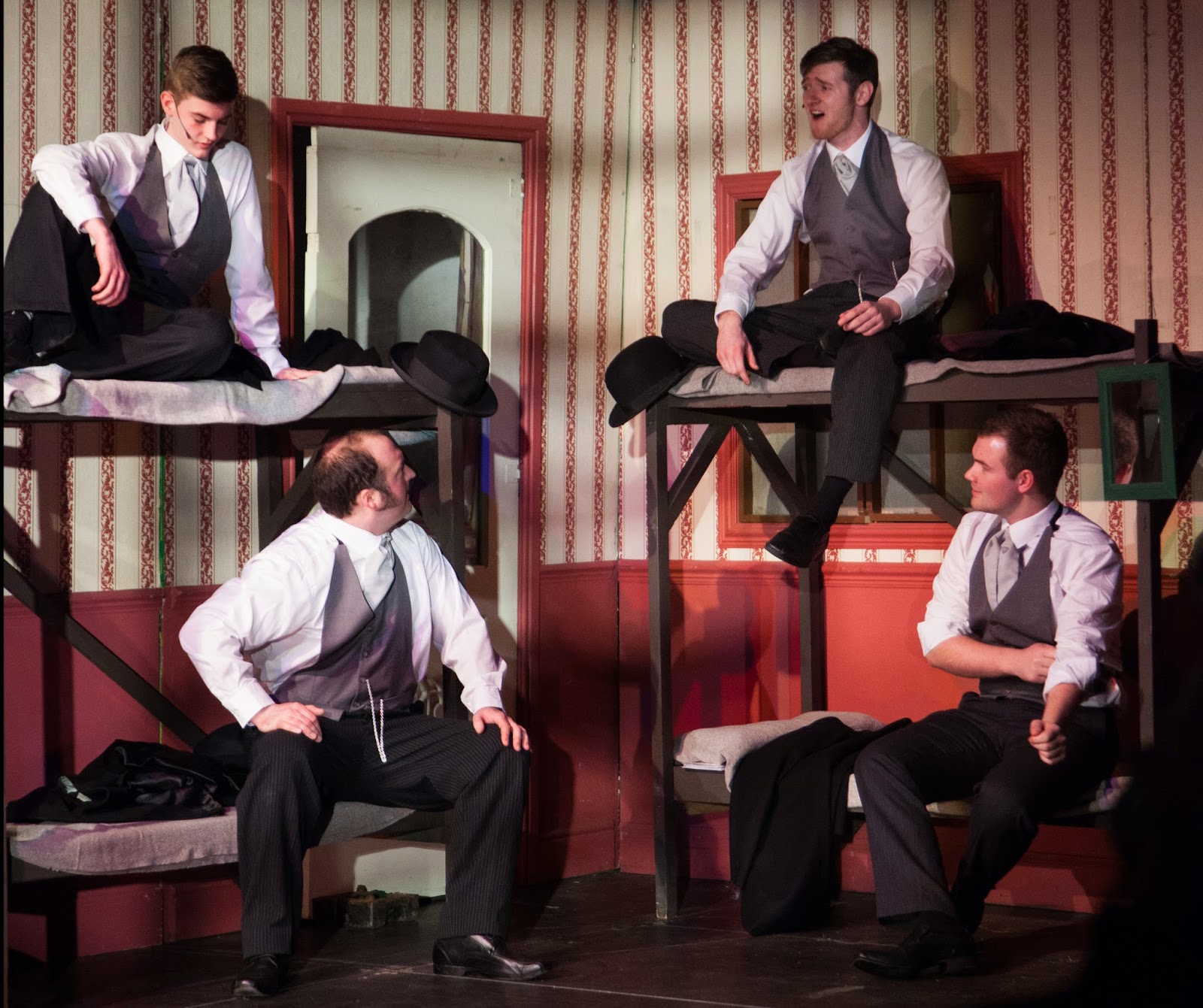 ‘Half a Sixpence’ is incredibly funny and the whole audience were kept laughing throughout the performance and credit goes to its hardworking cast who helped the time fly by keeping up a quick pace, and delivering a polished performance. 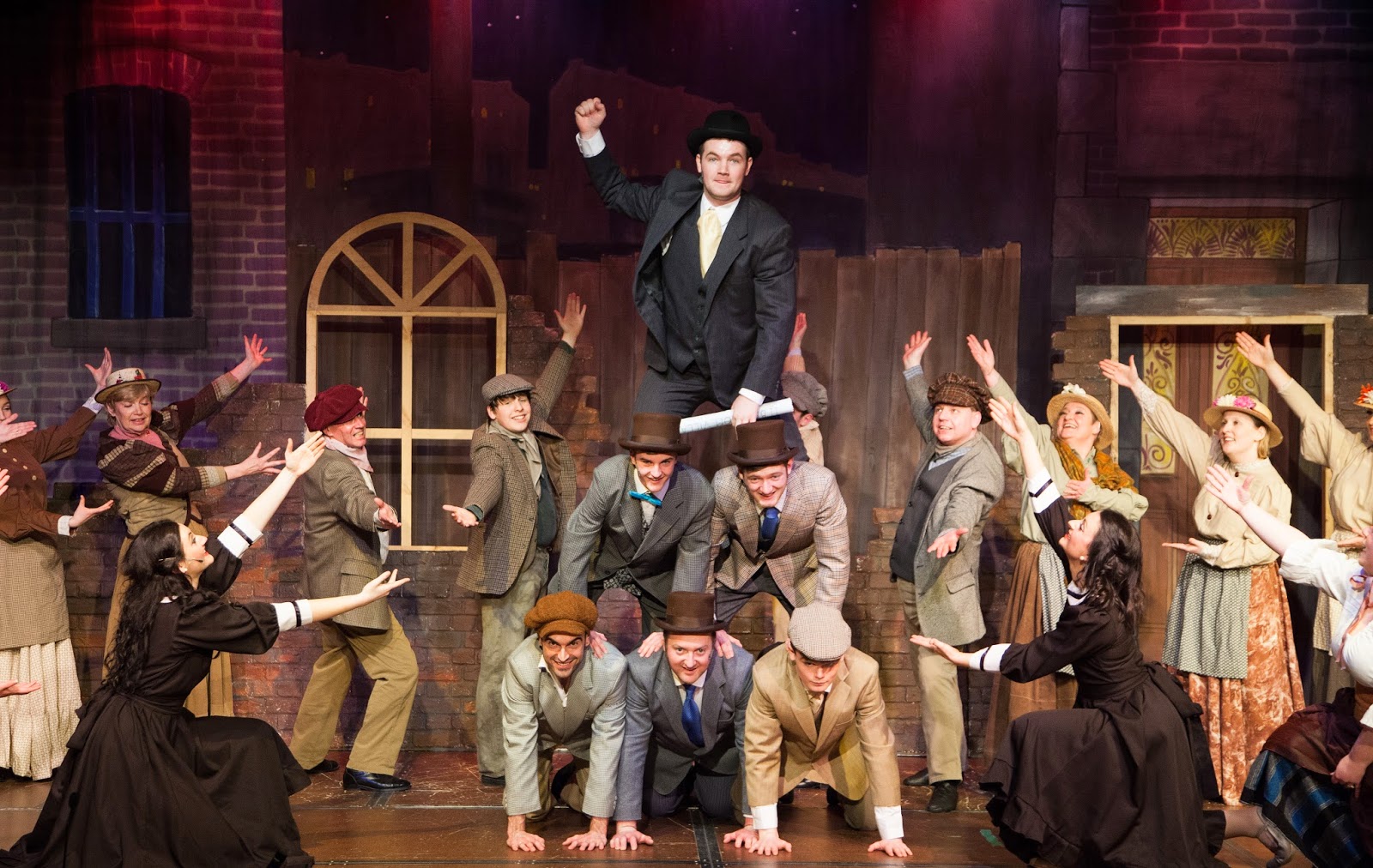 Congratulations to Jeff Thomson and everyone at Gala Amateur Operatic Society on yet another successful show!

Pictures from Gala's performance are courtesy of Sheila Scott, who can be found at www.sheilascottphotography.com 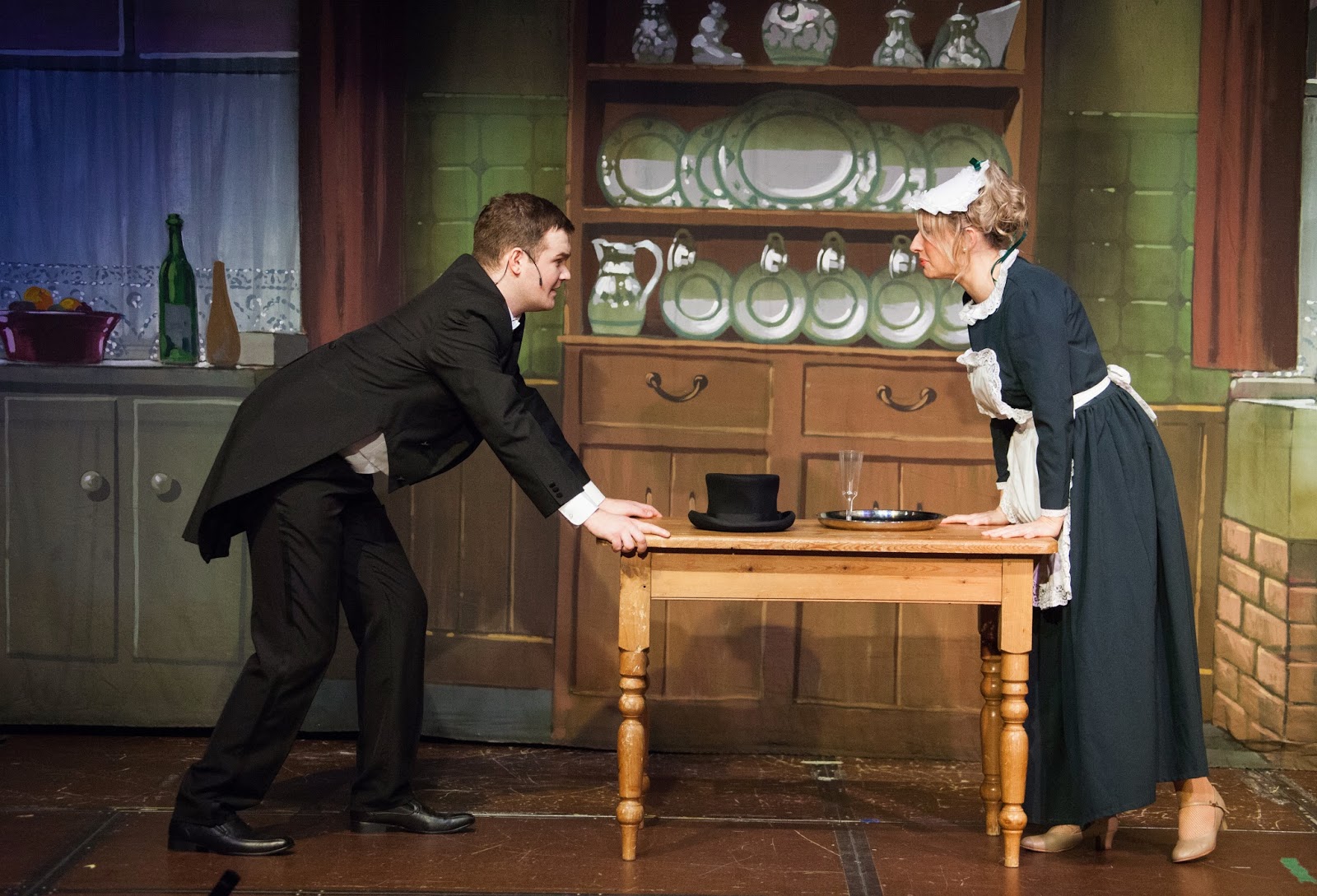 If you would like to purchase a disc of pictures from this show, or would like to hire her services please get in touch with Sheila via her website.