We’re back in the office after having quite an adventure-filled working holiday in London.

We had a wonderful time – but after the hustle and bustle of the big city the Scottish Borders seems rather quiet!
Of course it was a working holiday so don’t just think that we spent our time soaking up the rays in Hyde Park – our time was spent at shows, exhibitions and generally seeking out inspiration and references for future cloths and sets.
Take a look at some of the pictures we took and read about what we got up to: 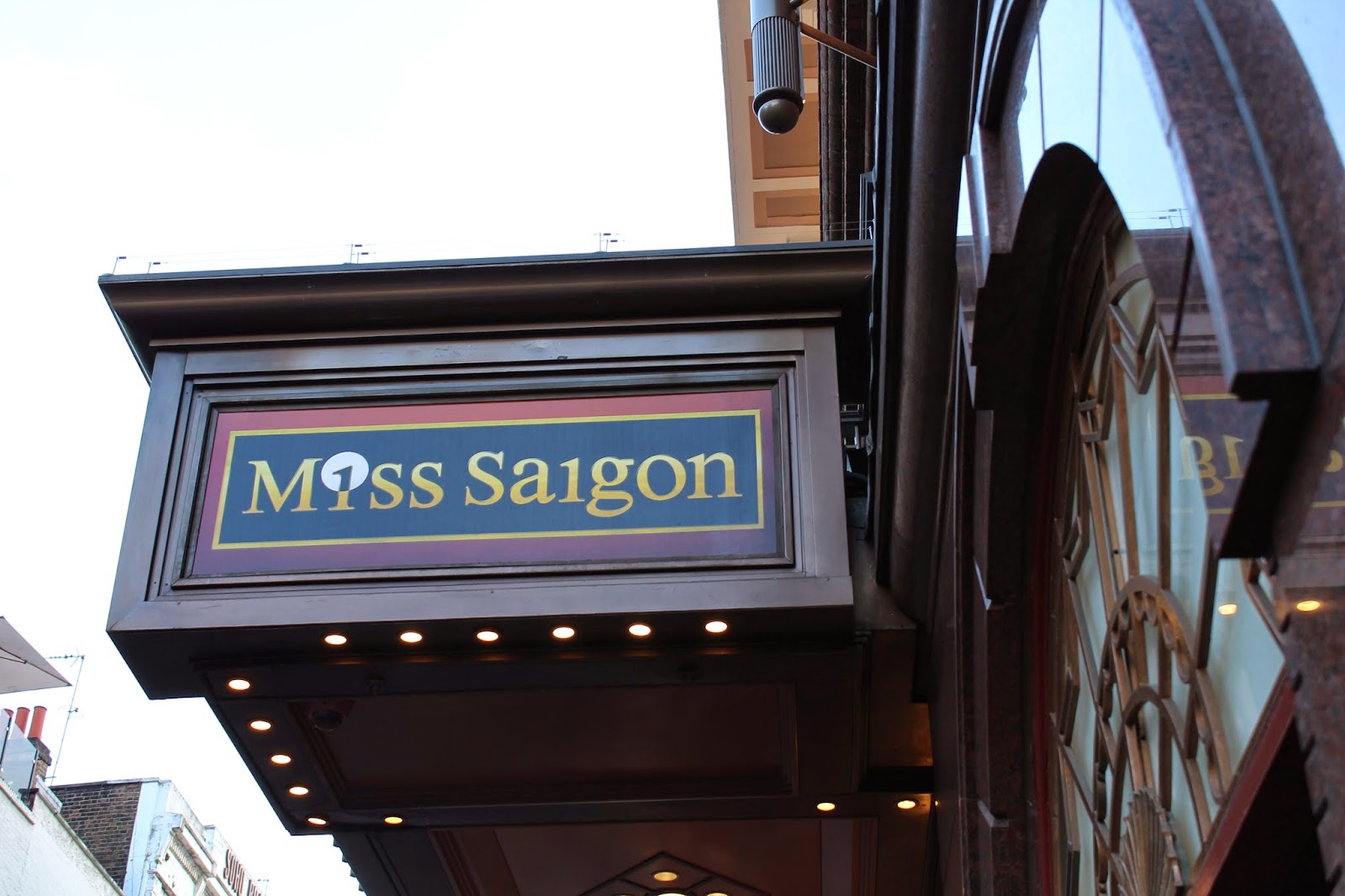 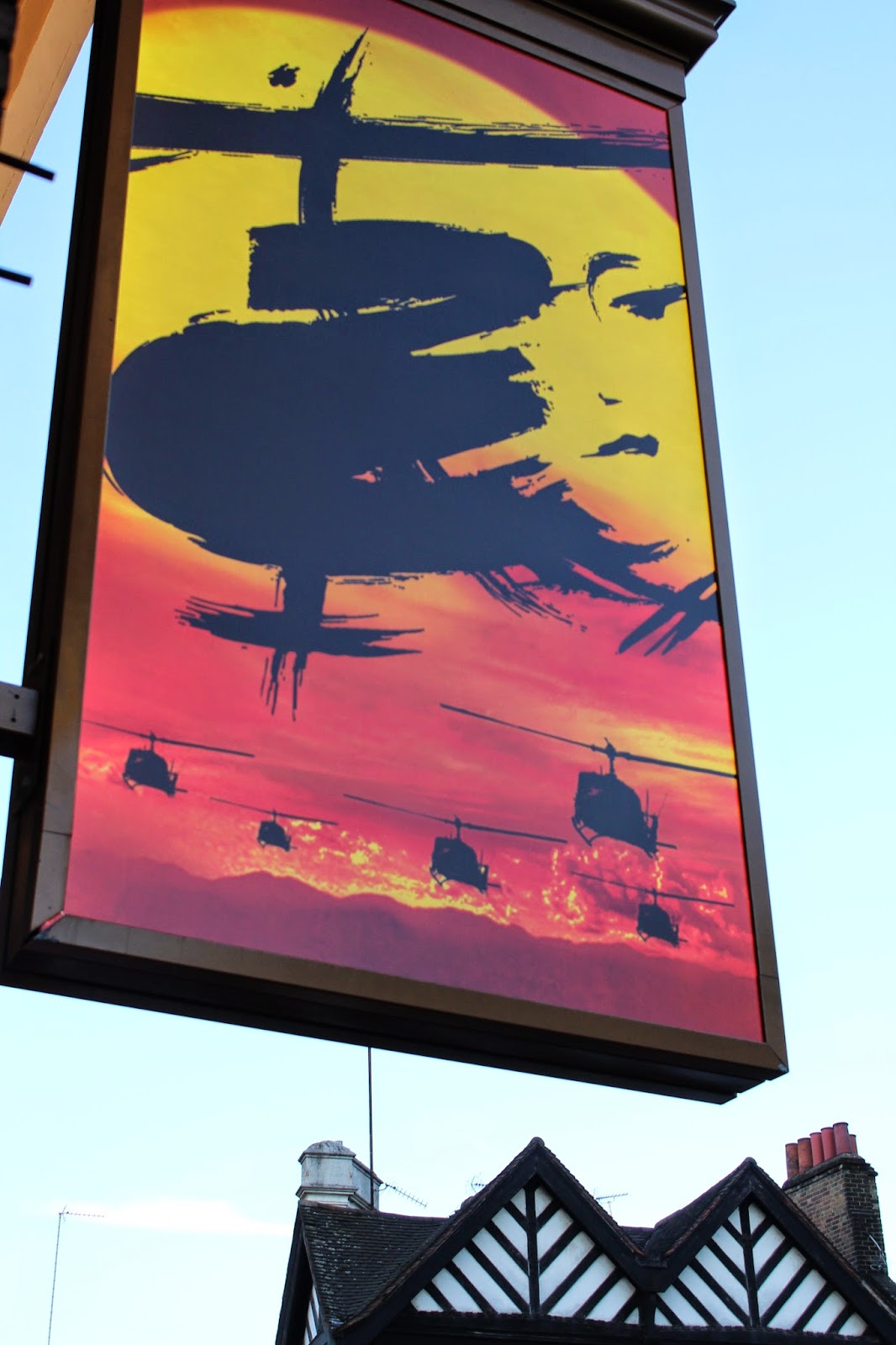 As we have recently put in a new set for this show we simply had to go and see ‘Miss Saigon’ whilst we were down. 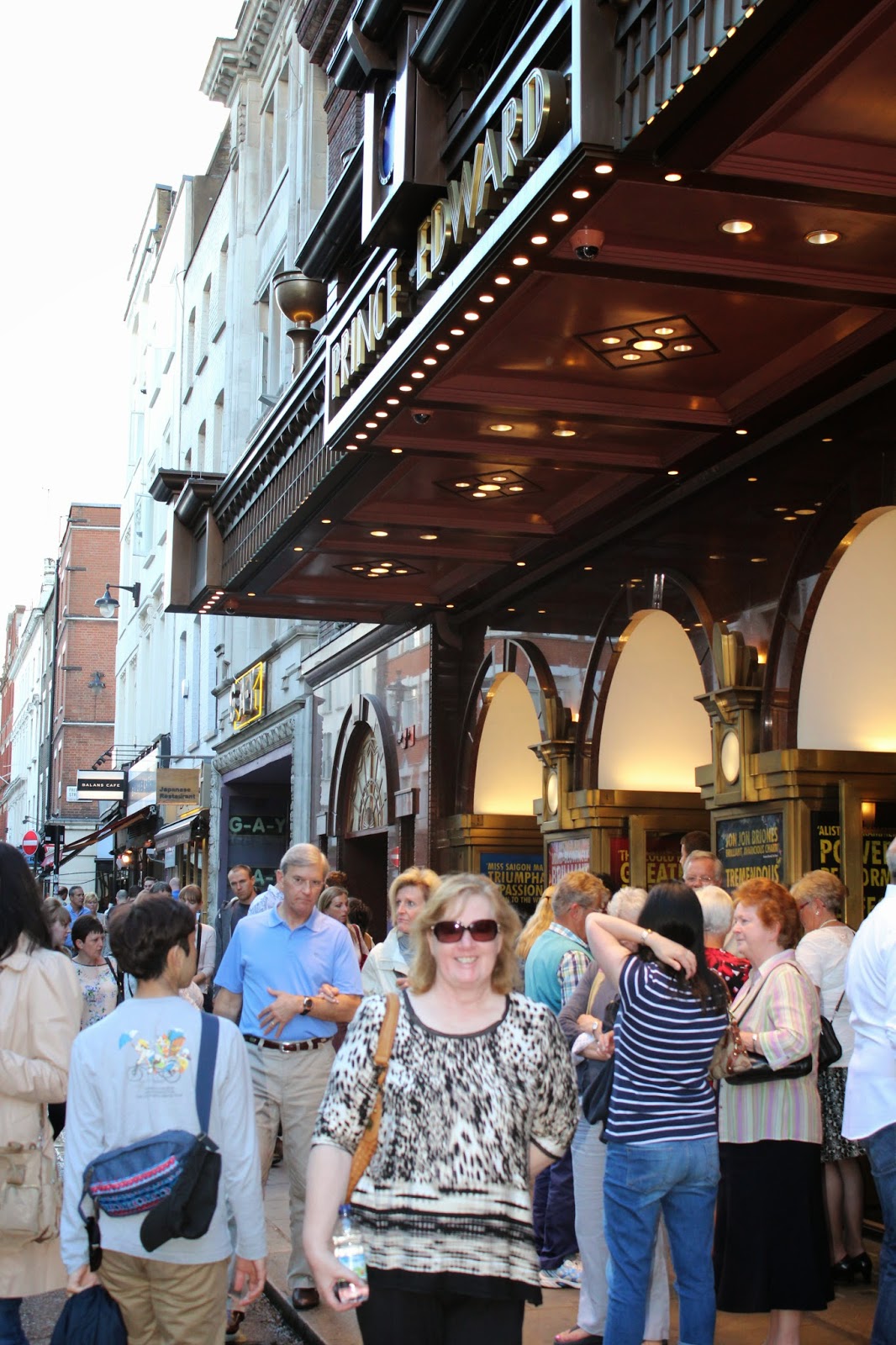 Having recently returned to the West End you can’t currently walk through London without seeing at least three billboards proclaiming it to be ‘the most powerful and moving musical you will see', a statement certainly backed up by the fact that most of the audience left in floods of tears when we went to go see it – Kate included!

It was a fabulous production that had been cleverly done – the sets were marvellous and, although multi-functional, did not scrimp on the detail at all. Lighting and projections were cleverly used throughout the show to enhance the pieces of set that were used. The moment that the helicopter arrived was a real showstopper scene – however at some points through the show the noise effects were slightly too loud to be comfortable, and some quite blinding strobe lights were used.

The production had a very talented cast but it was Jon Jon Briones who played ‘The Engineer’ who delivered a real standout performance and was well deserving of the standing ovation he received at the curtain call. He was an excellent foil to the more heavier storylines and he had the audience in fits of laughter throughout the musical – even in the more traumatic scenes. Being able to have an audience laughing through their sobs is a real testament to his skill as an actor, his rendition of ‘The American Dream' was superb and remained entertaining as well as retaining the emotion behind the piece.
This was a fantastic production and if anyone is planning a trip to London then we would highly recommend for you to get tickets.

The only downside to this show was having to cope with the heat – I’ve always believed that the London theatres need to equip themselves with better air conditioning and ventilation for their audiences – especially during the hot summer months. A lady actually collapsed during half time when we went to see ‘Miss Saigon’ and it was unsurprising considering that you’re sitting in a stuffy, crowded room with hot theatre lighting. The heat combined with limited legroom can really detract from the show itself as you find yourself constantly shuffling around in your seat trying to get comfortable. The Prince Edward Theatre fortunately had an outside terrace which we all flocked to to cool off and which gave a lovely view over the goings on in the streets of Soho below, but never before have I ever felt like I needed to leave my seat at half time in order to cool down or get some fresh air. Hopefully in the next few years these old, traditional theatres can find a way to maintain the atmosphere and beauty that makes the West End unique, alongside putting in a modern air conditioning system to make the experience even better for their audiences.
Of course it’s important to preserve these institutions but at some point we’re going to have to admit that the UK actually can become really hot, and we need to be more prepared for it. Put it this way - you wouldn’t keep a dog or a child in a hot car so why should we be left to boil in these theatres when we're trying to see a show?
Perhaps this could turn into a real topic of discussion – let us know what you think! 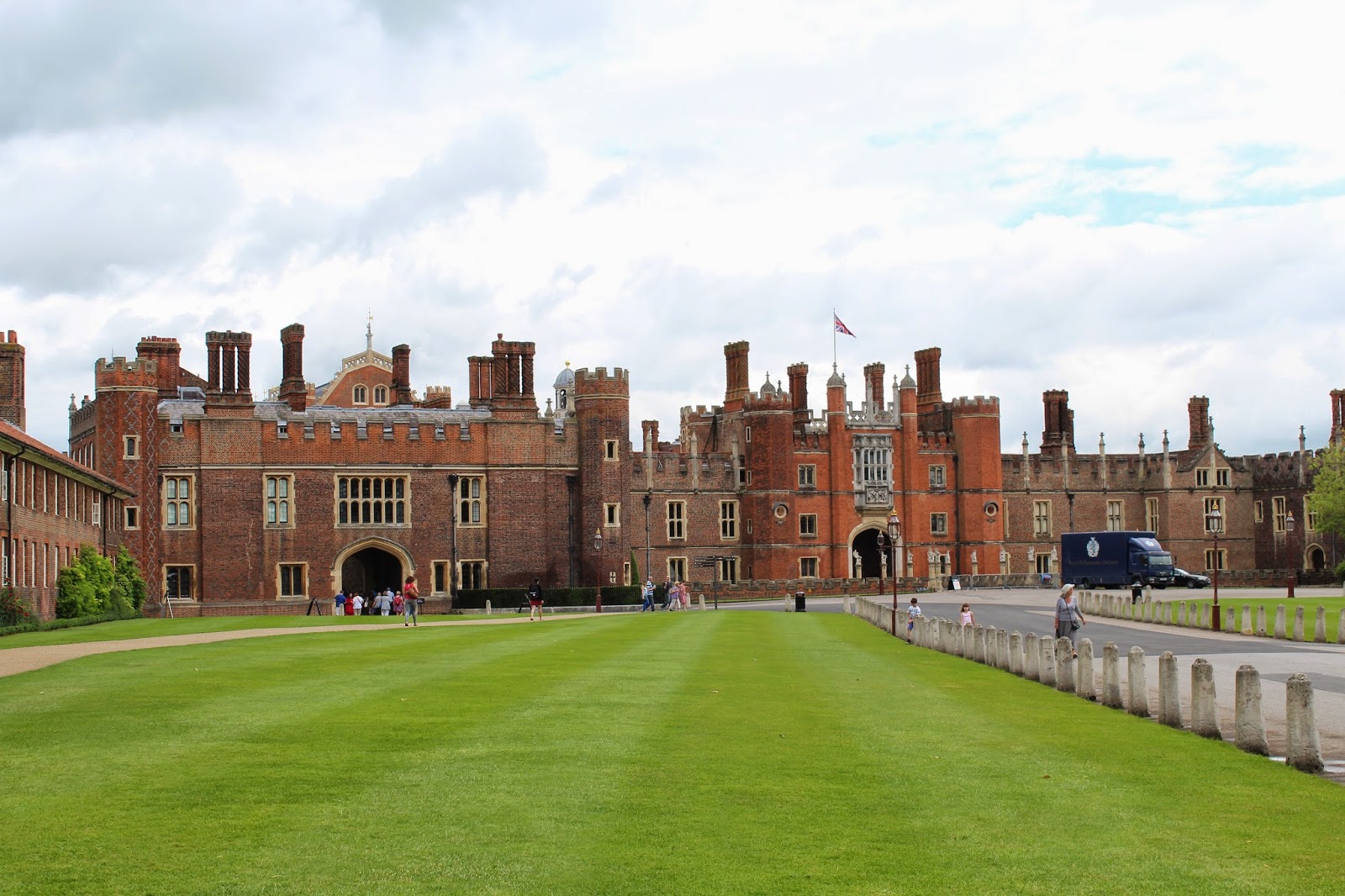 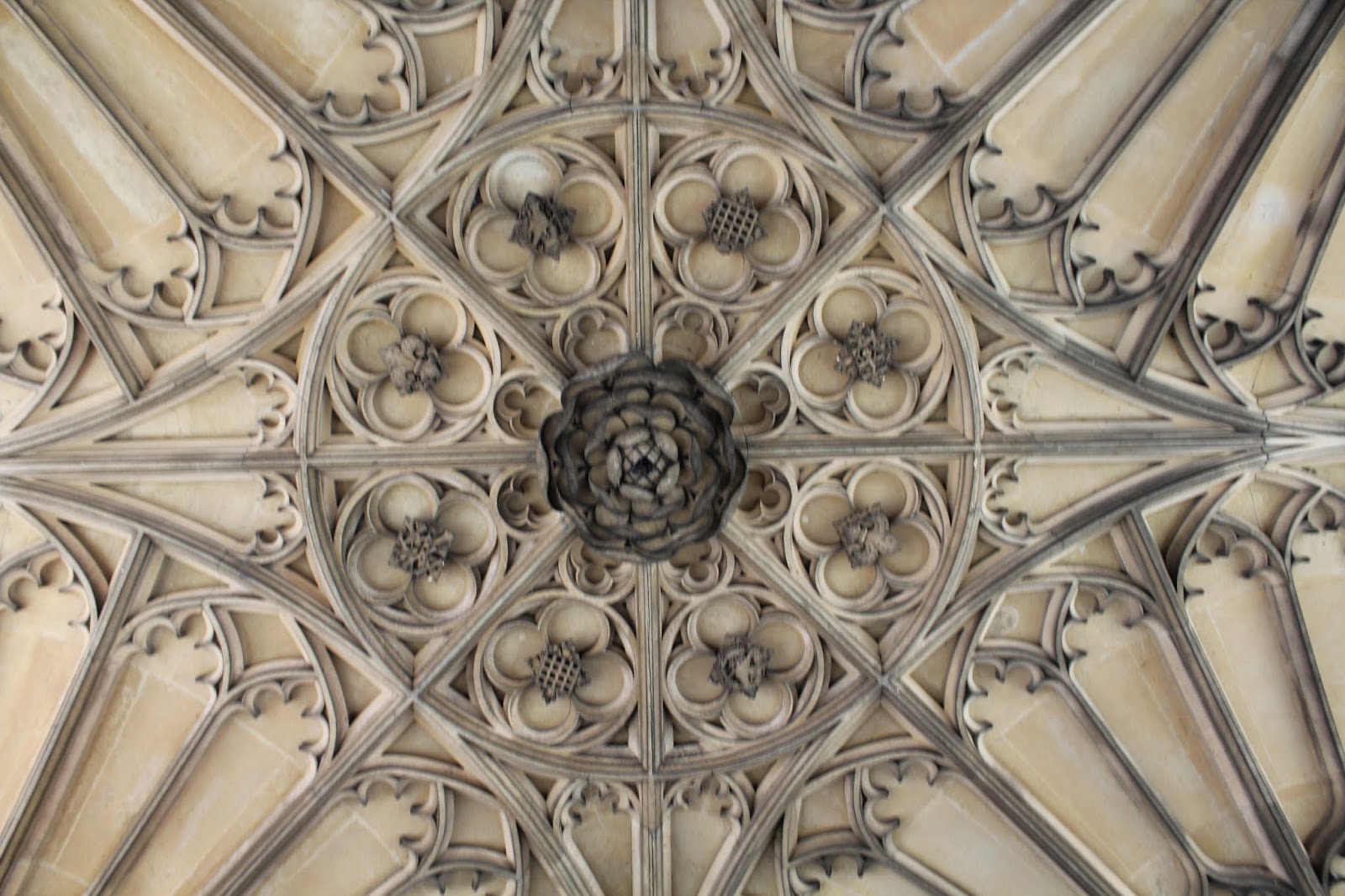 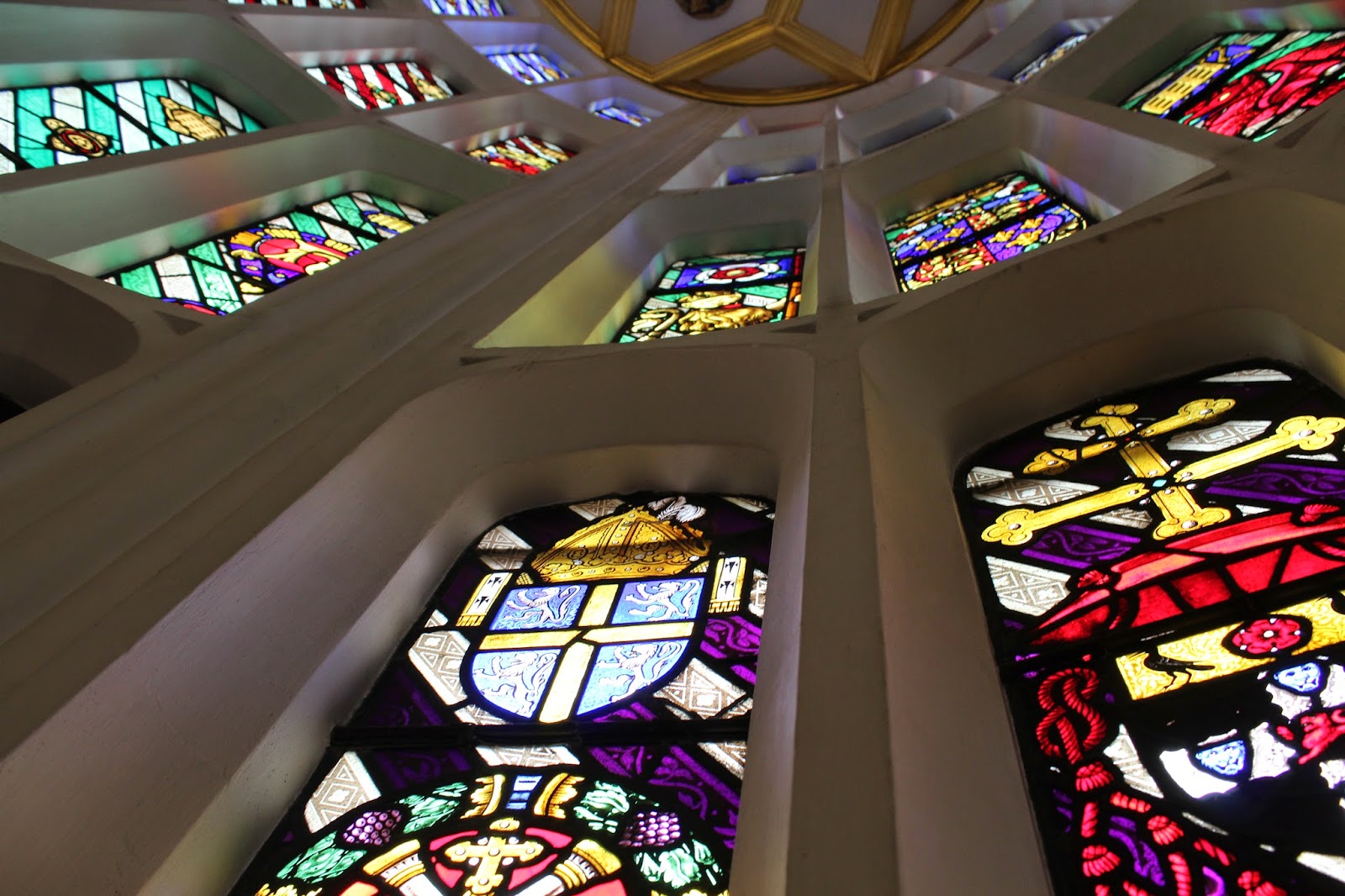 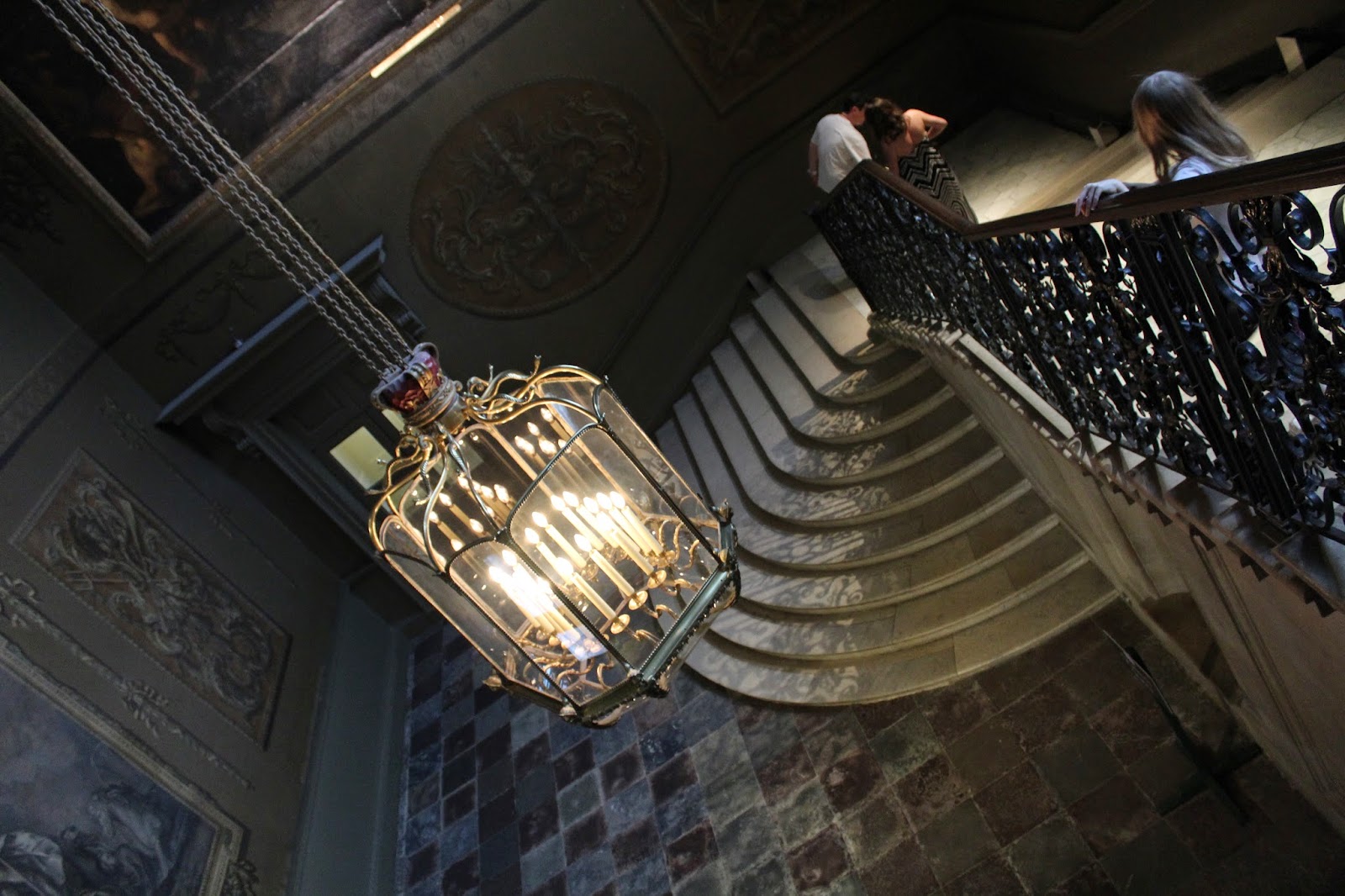 During our trip we also made the effort to visit several London landmarks to take photographs for reference, as well as to generally explore whilst seeking inspiration and new ideas. 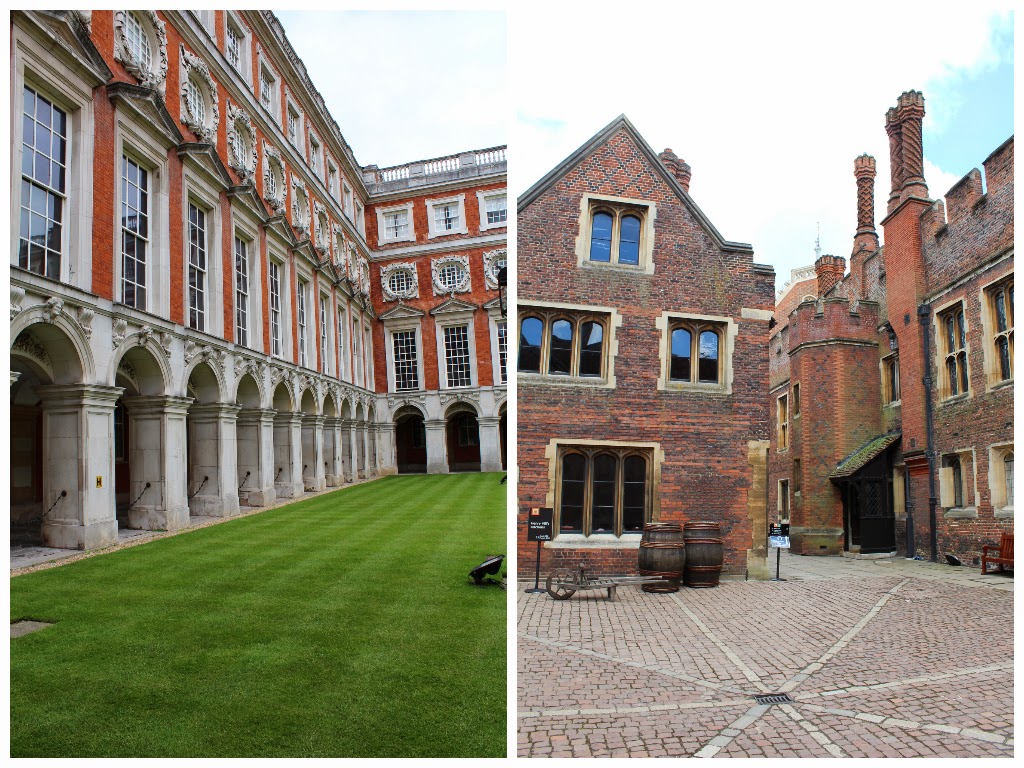 Whilst the weather was nice we drove out to the incredible Hampton Court Palace – the iconic palace built for Cardinal Wolsey and which eventually became one of King Henry VIII’s favourite palaces to base his Tudor court. 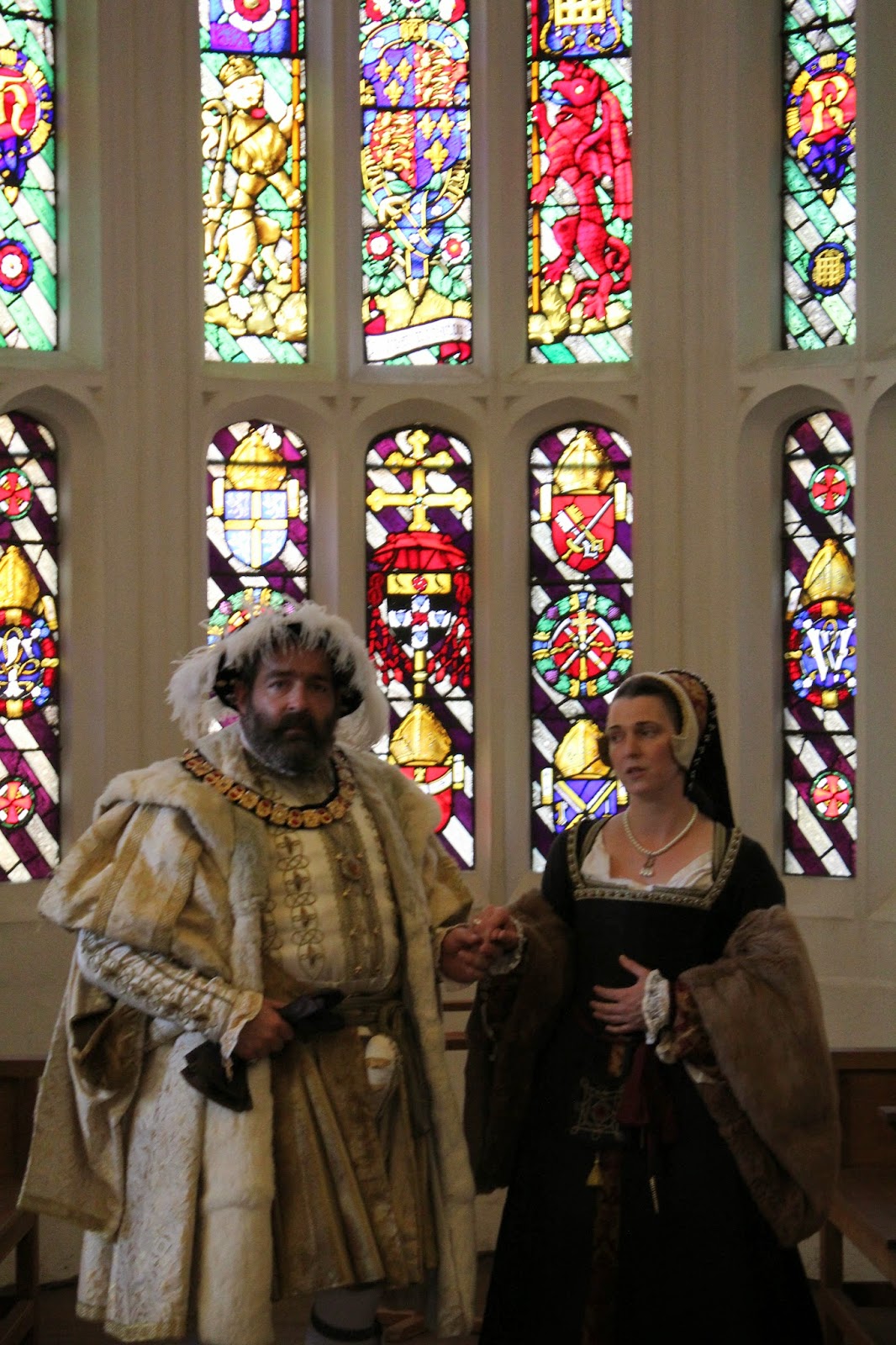 With a mixture of original Tudor buildings and the later Stuart extensions built by William III and Mary II, Hampton Court is a labyrinth of inspiration and has a real combination of different architectural styles, period trends, and a real showcase of incredible masonry and craftsmanship. From the enormous Tudor kitchens blackened from centuries of smoke to the magnificent Great Hall with its hanging tapestries inlaid with gold thread, Hampton Court is a real representation of the wealth, influence and majesty of its past owners and inhabitants.
A real highlight was meeting King Henry himself, along with his Queen Anne Boleyn and various other palace inhabitants. We could examine the costumes up close and see the exquisite detail and craftsmanship behind each garment. The care and eye for detail that had been put in to each outfit was extraordinary and Anne Boleyn even wore her famous strand of Boleyn pearls.
I have definitely been inspired to book tickets to go and see the productions of Hilary Mantel’s ‘Bring Up The Bodies’ and ‘Wolf Hall’ next time I’m in London – it must be the Tudor effect!

At Hampton Court we were also lucky enough to be able to listen to the Royal Philharmonic Orchestra in rehearsal for the Hampton Court Festival, and as well as exploring the palace interiors we were also able to walk through the decorative gardens and admire the world’s oldest vine. There were some beautiful colours in bloom in the Rose Garden so we couldn’t resist taking a few snaps (perhaps there is a rose garden cloth on the horizon?) The weather was so glorious that it really was the perfect day for exploring a grand English country house garden! 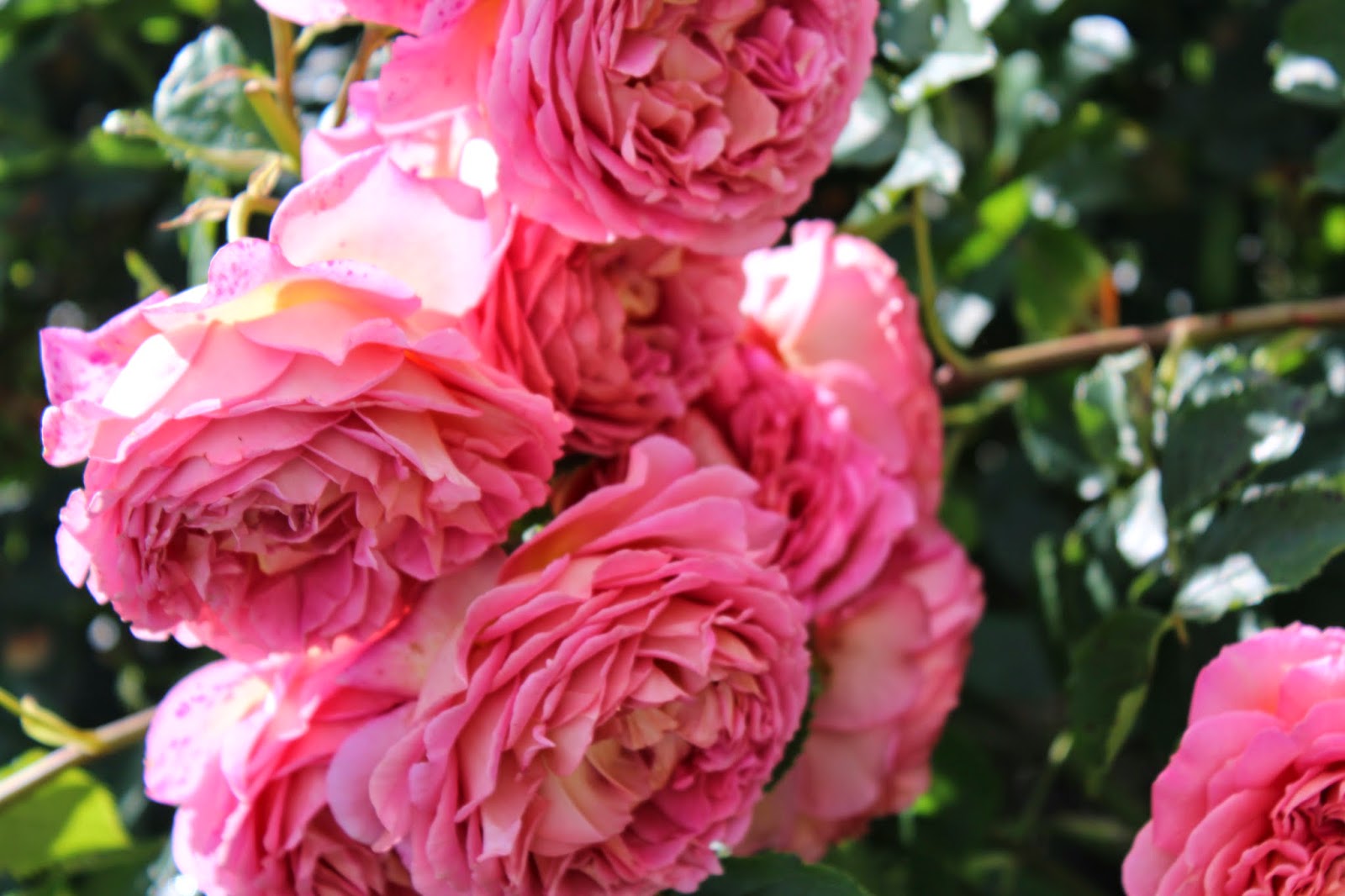 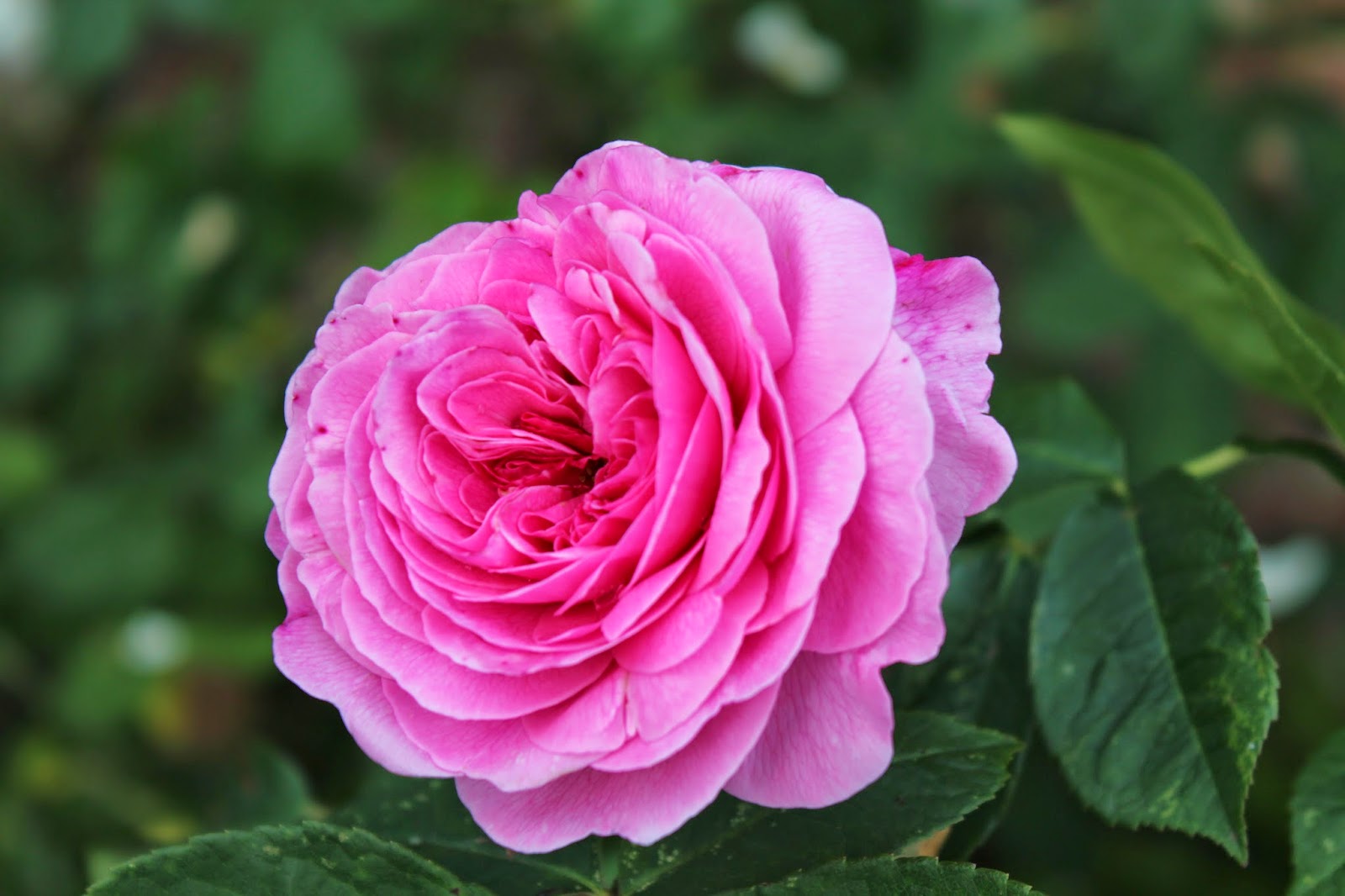 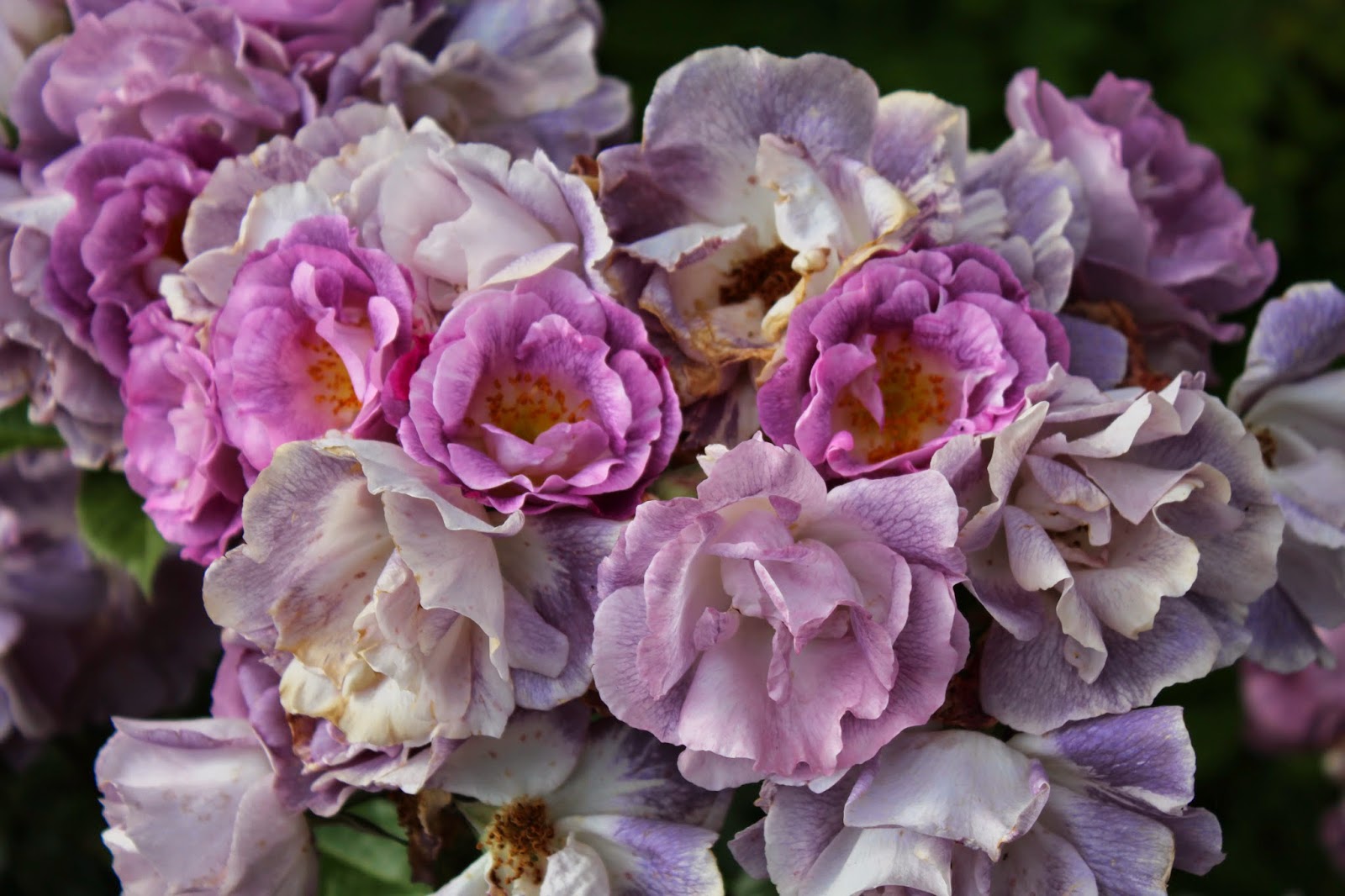 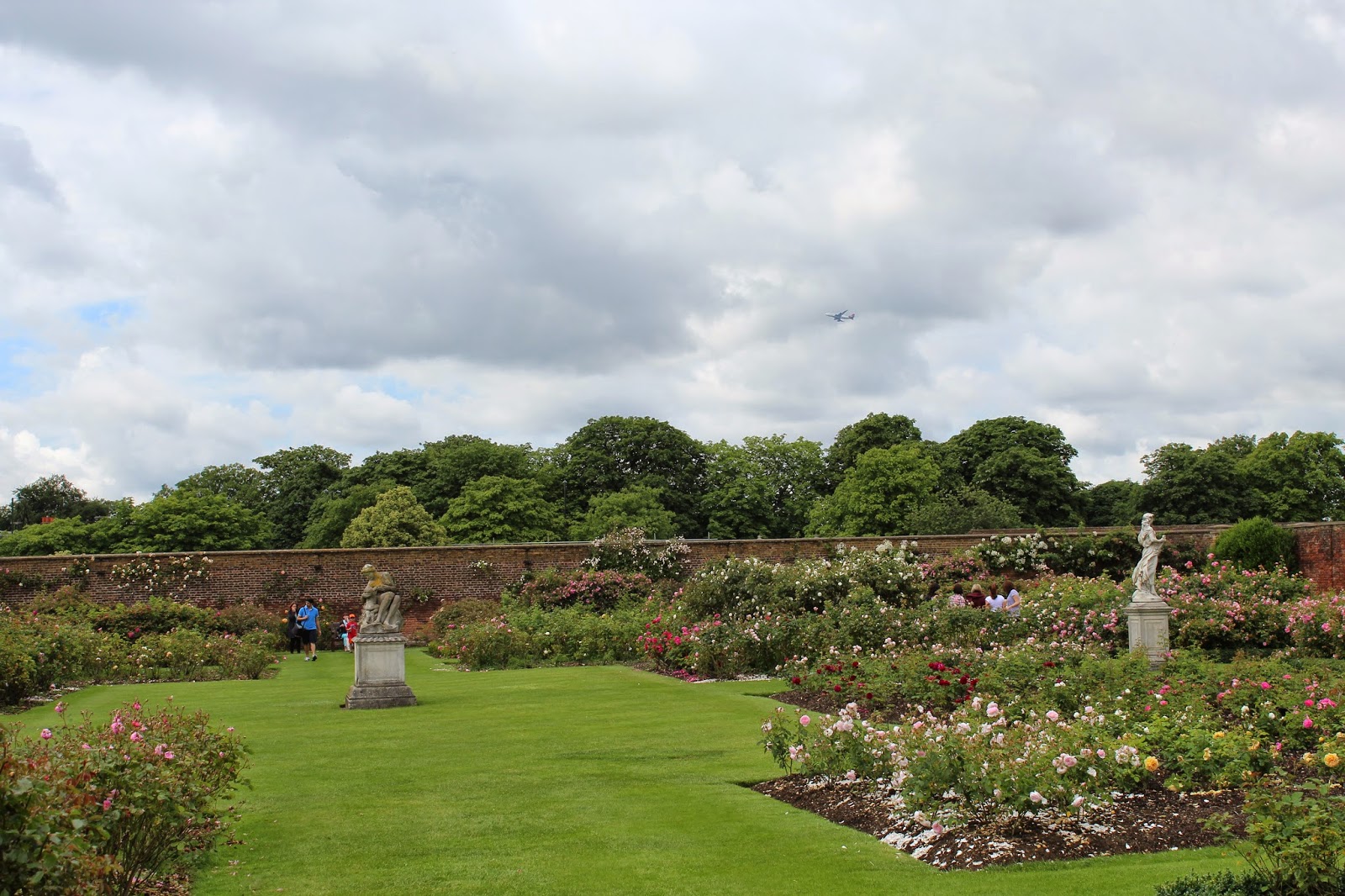 As well as Hampton Court we also visited the Tower of London – one of my favourite spots in the city.
With it being a settlement that has been built on and used since the Norman conquest, the Tower features a real mish-mash of architectural styles and imagery. There are plenty of examples of beautiful stone and plasterwork and the White Tower is a wonderful example of the skill of the Norman builders. St John’s Chapel, the little Norman chapel built into the White Tower, is considered to be one of the finest examples of Norman ecclesiastical architecture.

After exploring these two famous landmarks we came away absolutely bursting with ideas and with hundreds of photographs to use as a reference for future designs. Unfortunately we didn't get to see the crown jewels, however we did manage to get quite close to some of the Tower's famous ravens. 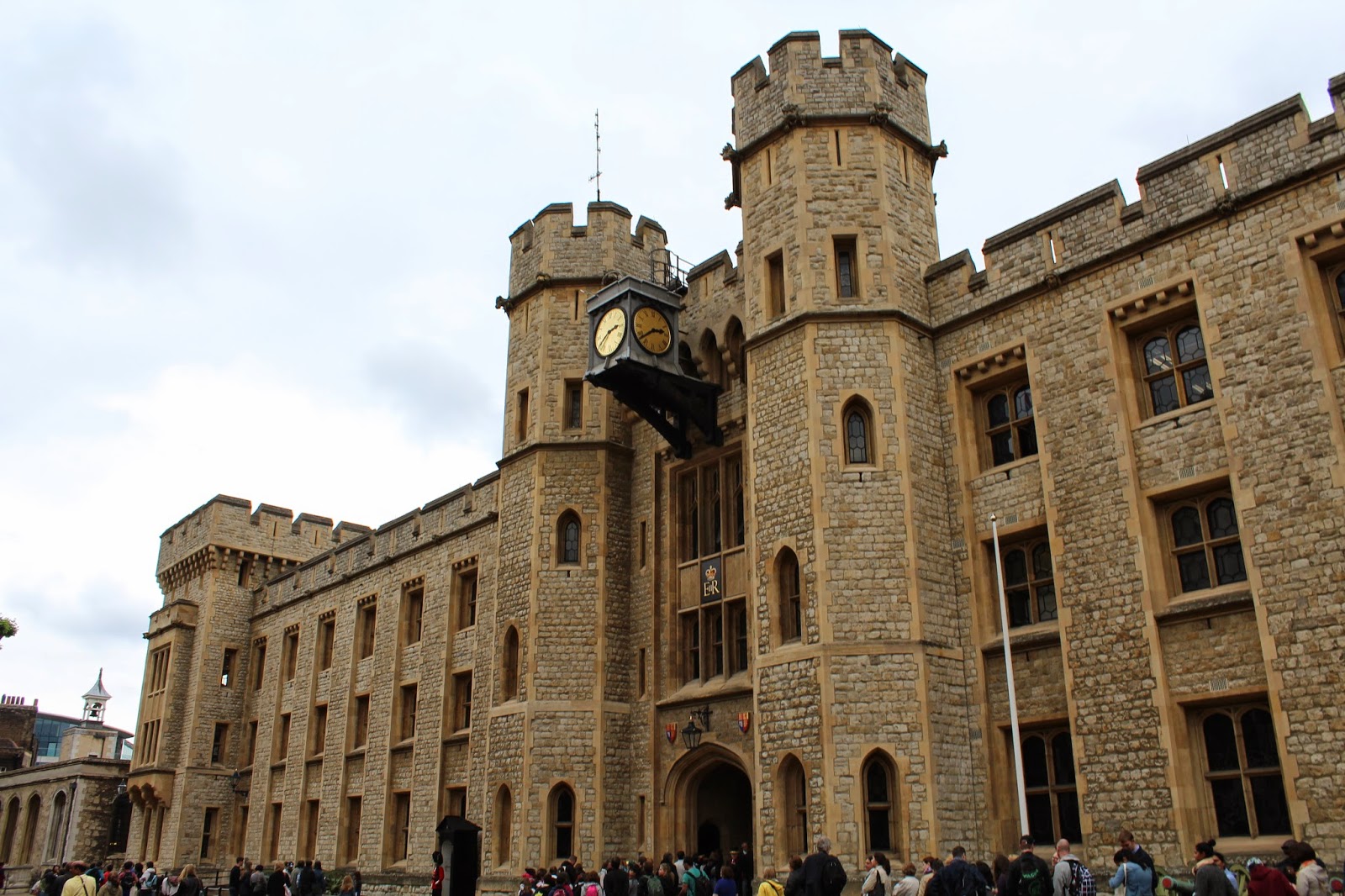 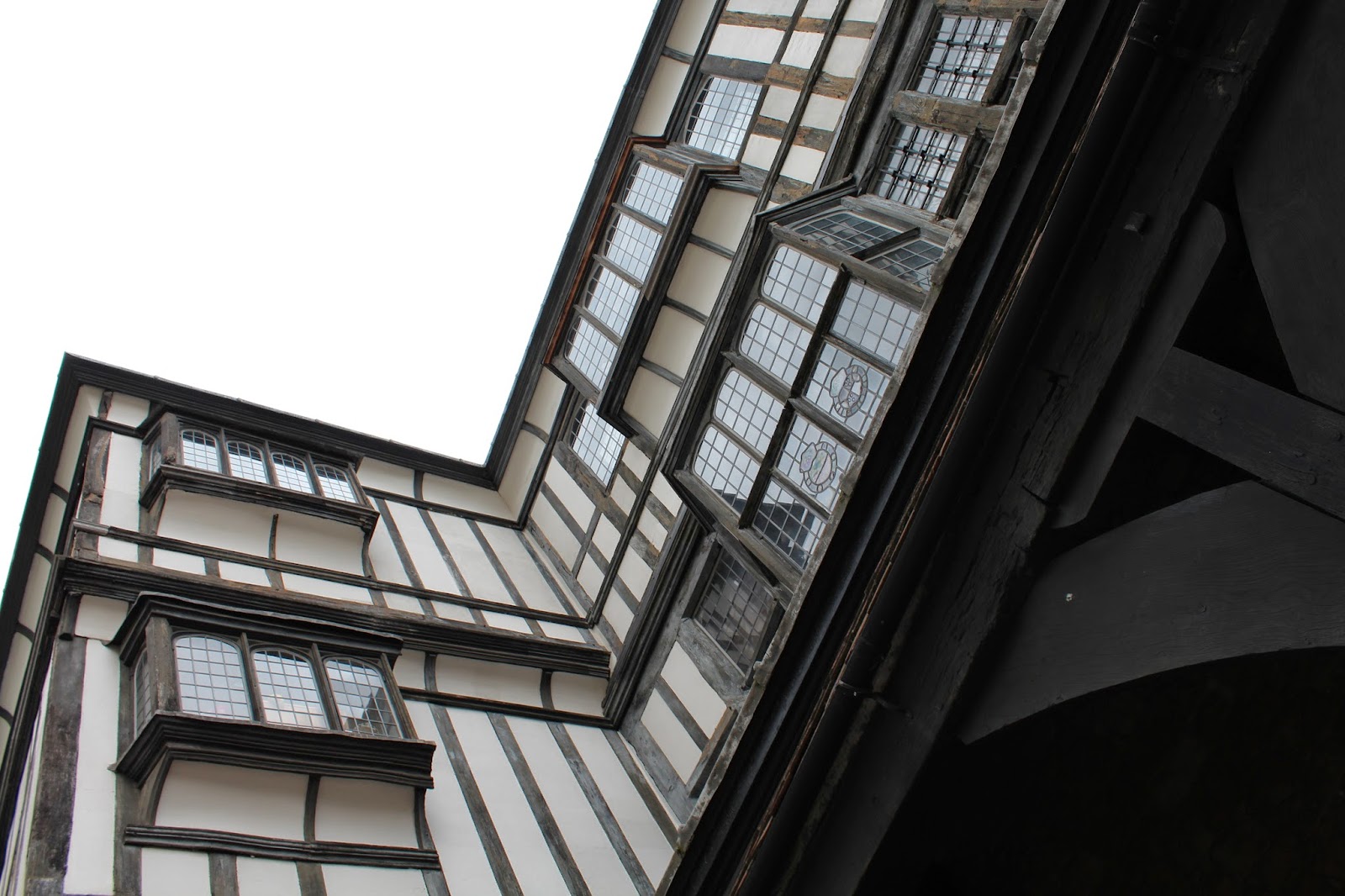 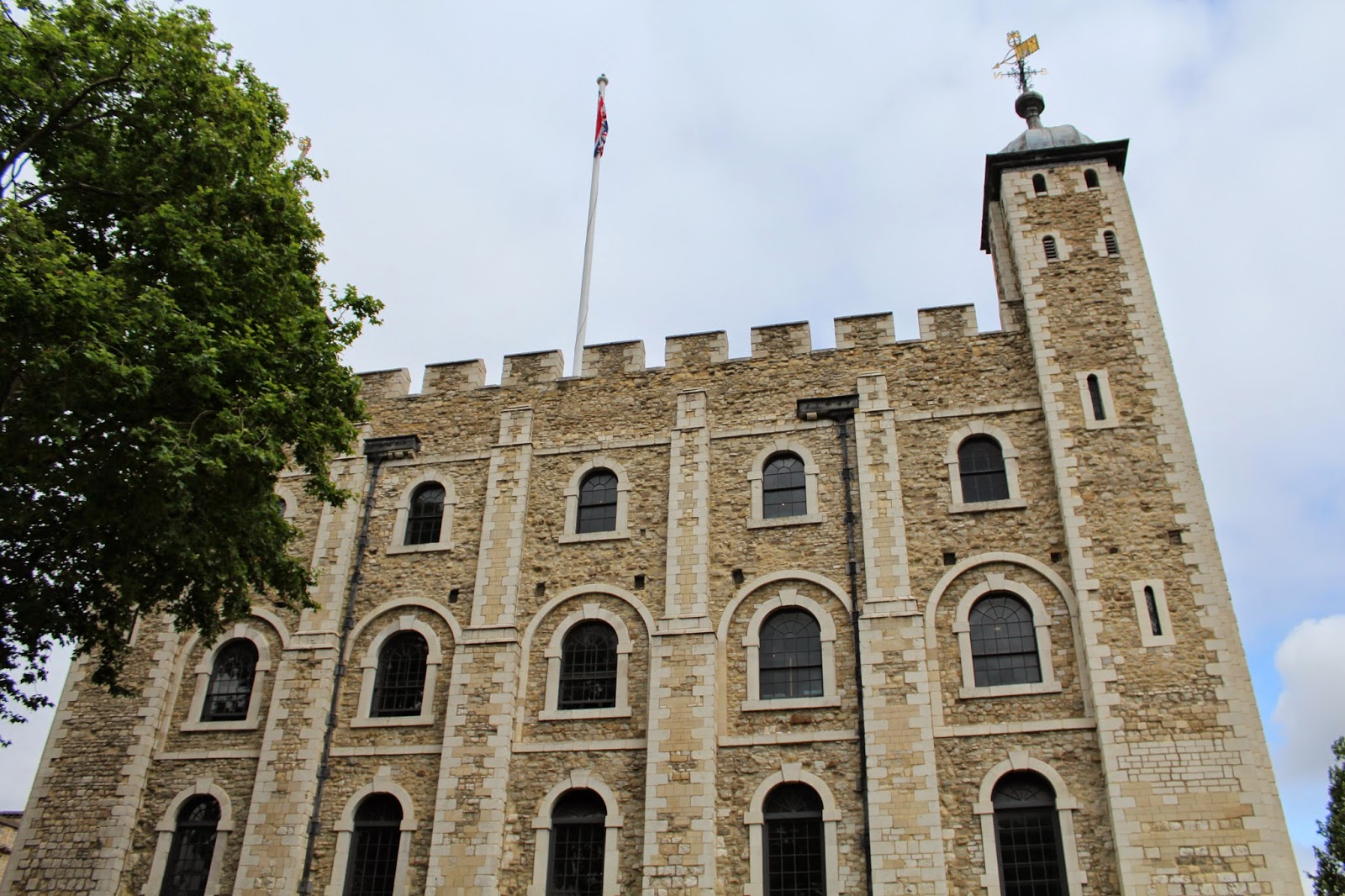 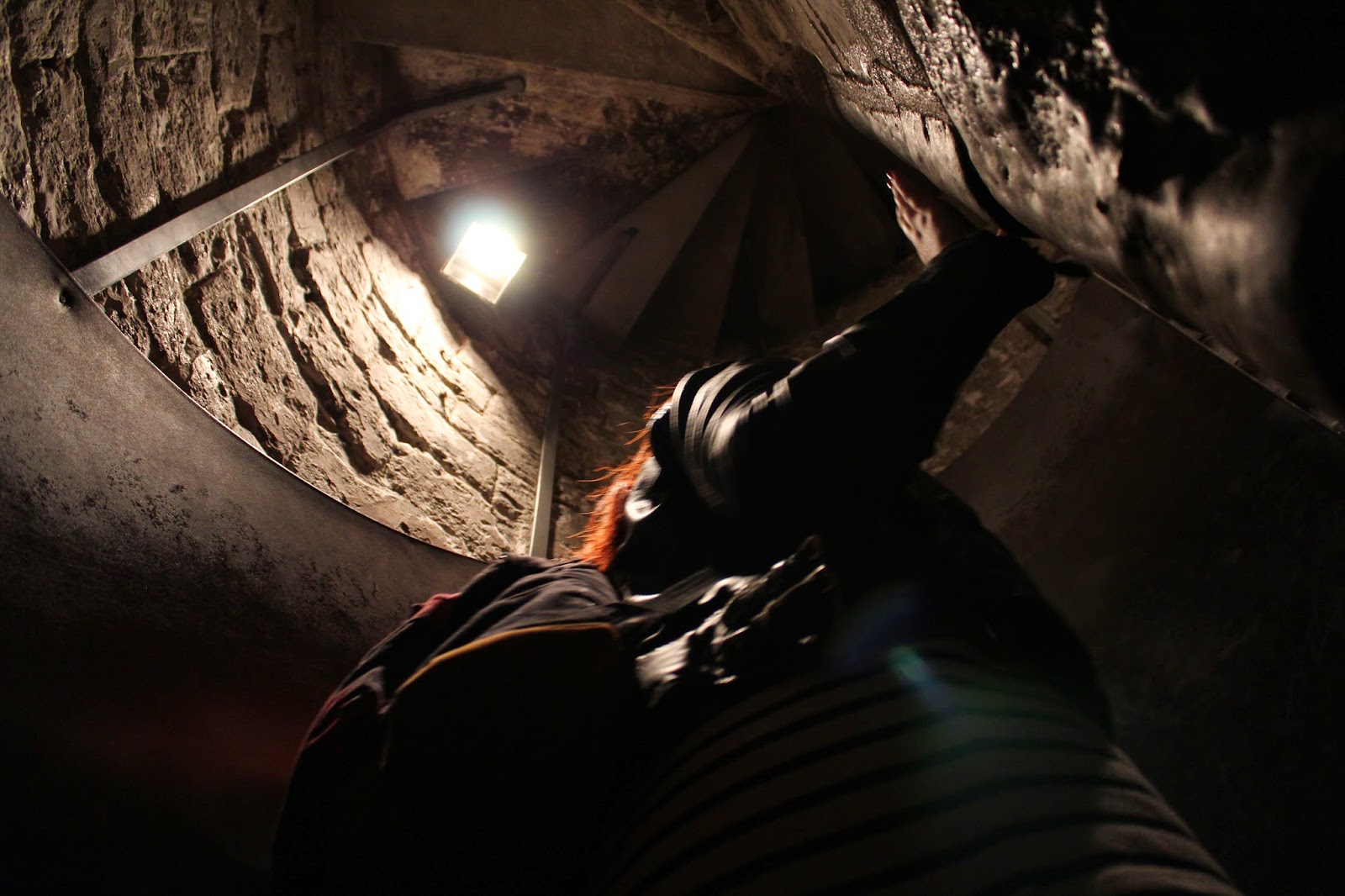 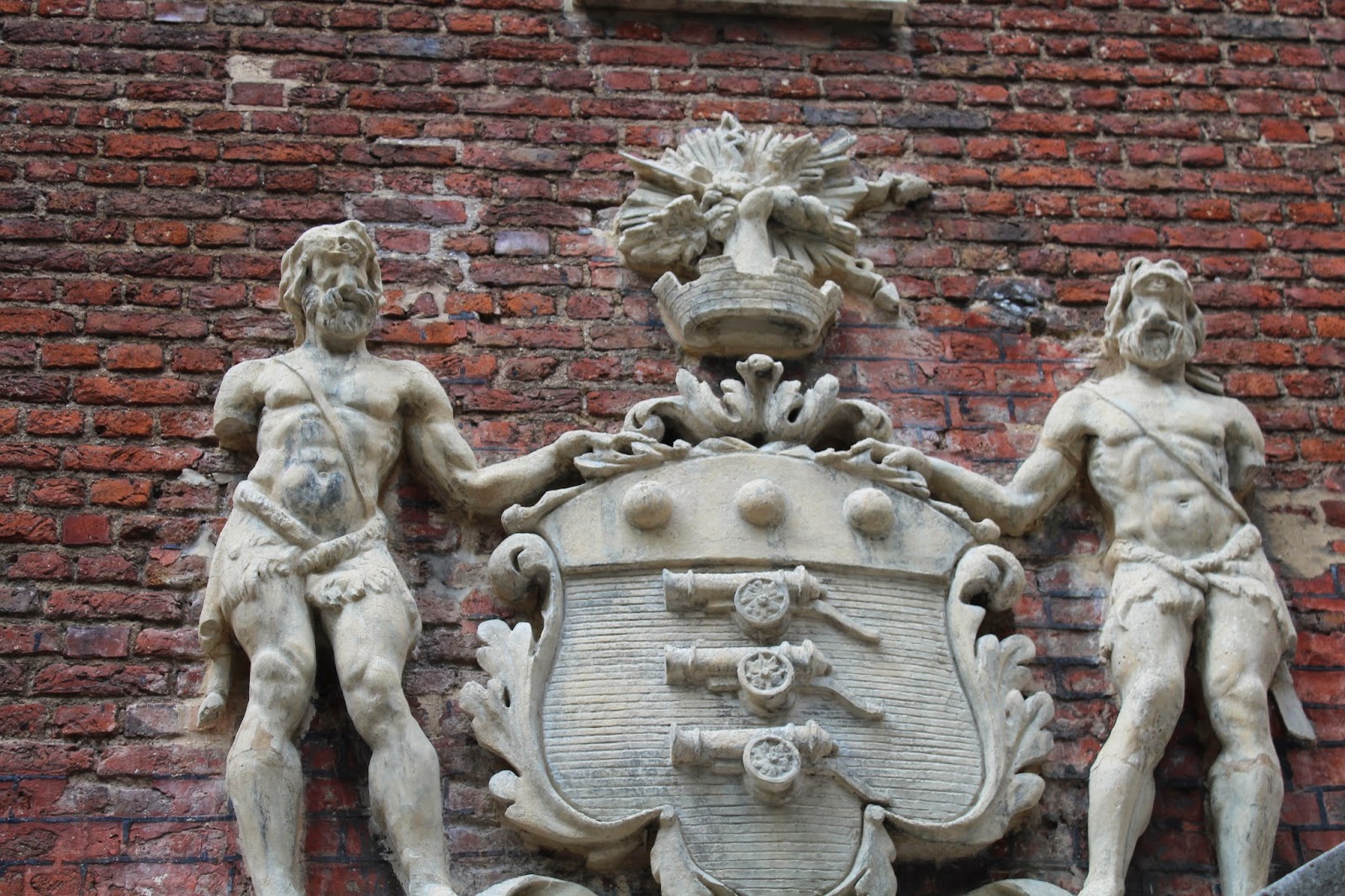 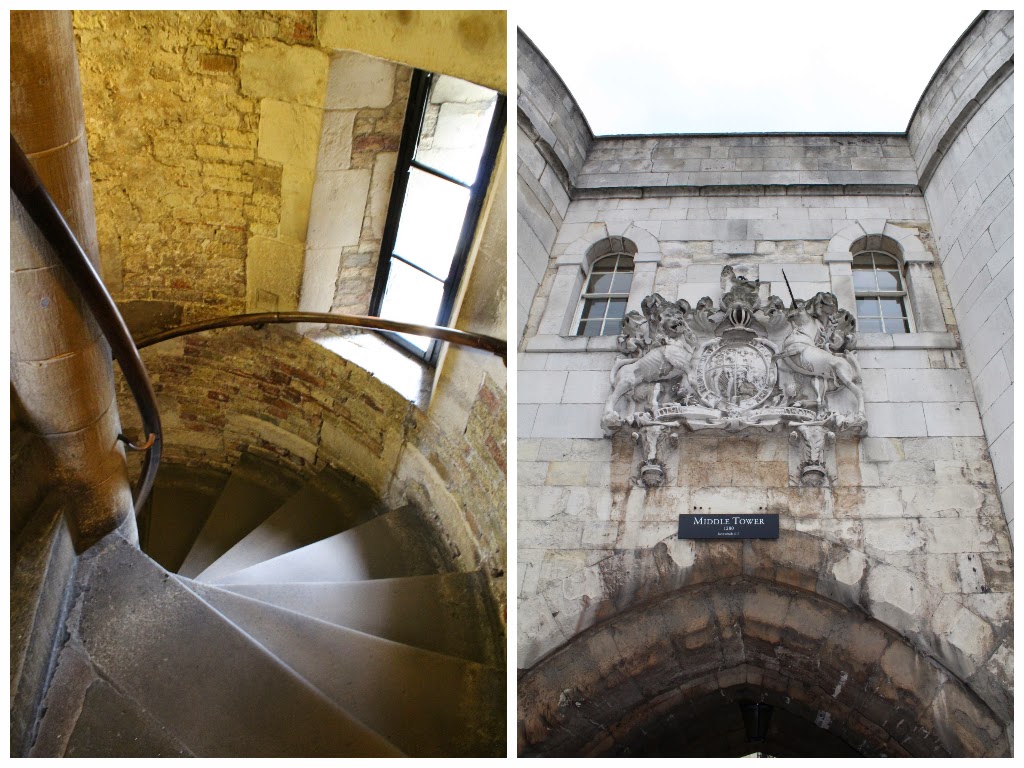 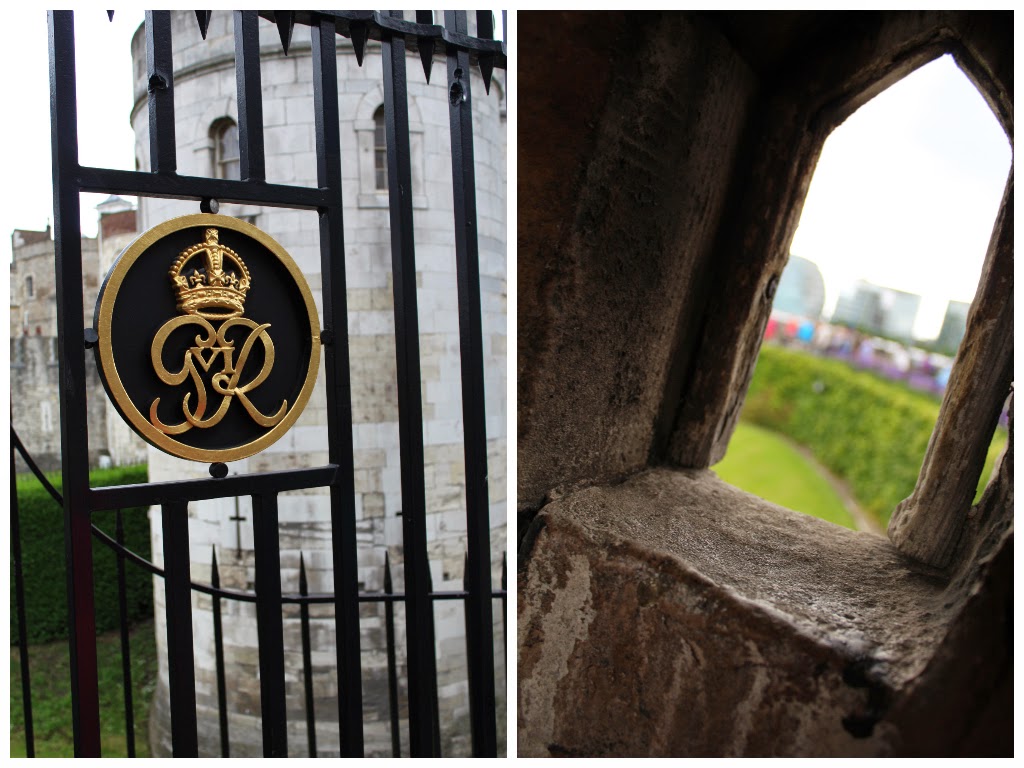 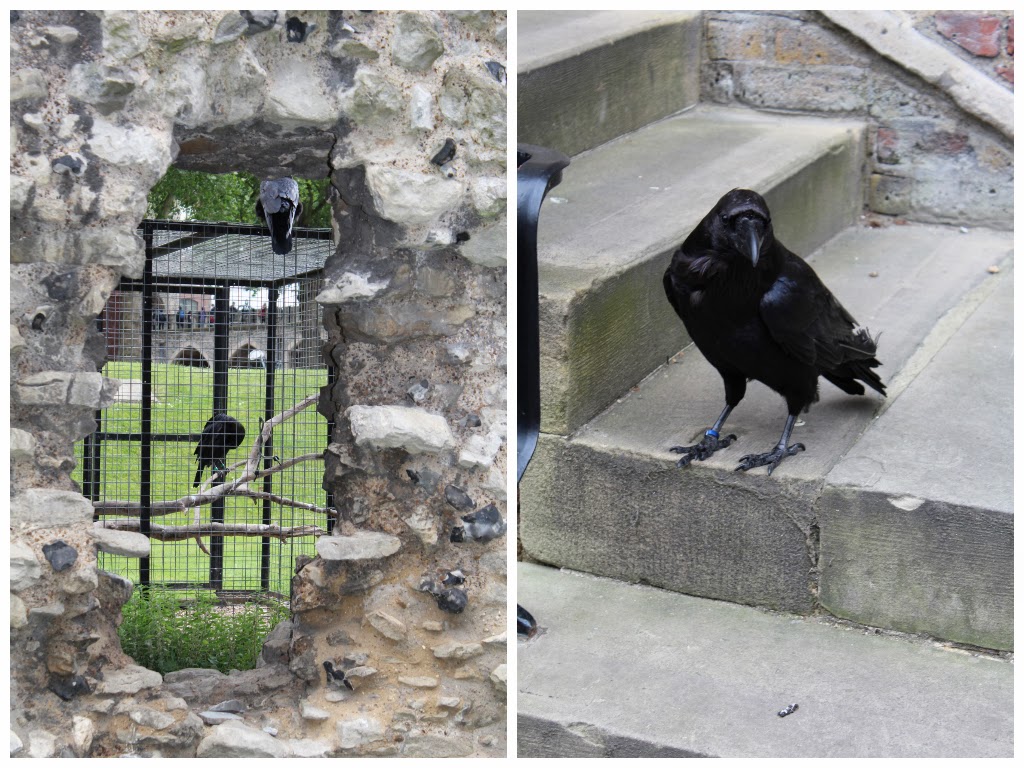 Whilst down I was also able to catch the highly acclaimed new performance art piece '512 Hours' by Martina Abramovic.
Situated in the Serpentine Gallery in Hyde Park, I attended with a friend and was unsure and a bit apprehensive of what to expect – in fact, I nearly didn’t go in when I saw the sign on the doors saying that by attending the exhibition you were giving your consent to be filmed!
However what I did find when I eventually went in was a bubble of peace and calm in the middle of a hot, sticky, busy city. With its white walls and tall ceilings the Serpentine Gallery itself is a very relaxing environment but when I left the exhibition I was still experiencing a really enhanced feeling of calmness and self awareness.
I won’t go into what happens too much but I'd say that the environment that was created is akin to group meditation, with people (both members of the public and artists – I was often unsure as to who was who!) quietly and calmly moving round a series of rooms, all with different elements that included use of different props which focused your perspective in different ways.
There was a real focus on breathing and being aware of yourself, the space around you, and the people around you and surprisingly I didn’t feel uncomfortable at all with the interactions that I had with various artists within the space – they were there to help guide you through the piece and they really helped me to ‘slow down’ and just absorb and enjoy the experience.

I really enjoyed this exhibition and ended up staying within it for over an hour, just enjoying the peace, quiet and tranquillity – when I finally came out I was even in a bit of a daze, although this feeling was broken rather quickly after I decided to rent a pedalo in the lake and ended up being chased through the water by quite a vicious swan.

If anyone happens to find themselves in the city stuck for something to do or perhaps feels a little stressed this was a really fun way to relax and experience something different – I came out feeling really rested and would be interested to hear what other people thought of it!

Back to our roots 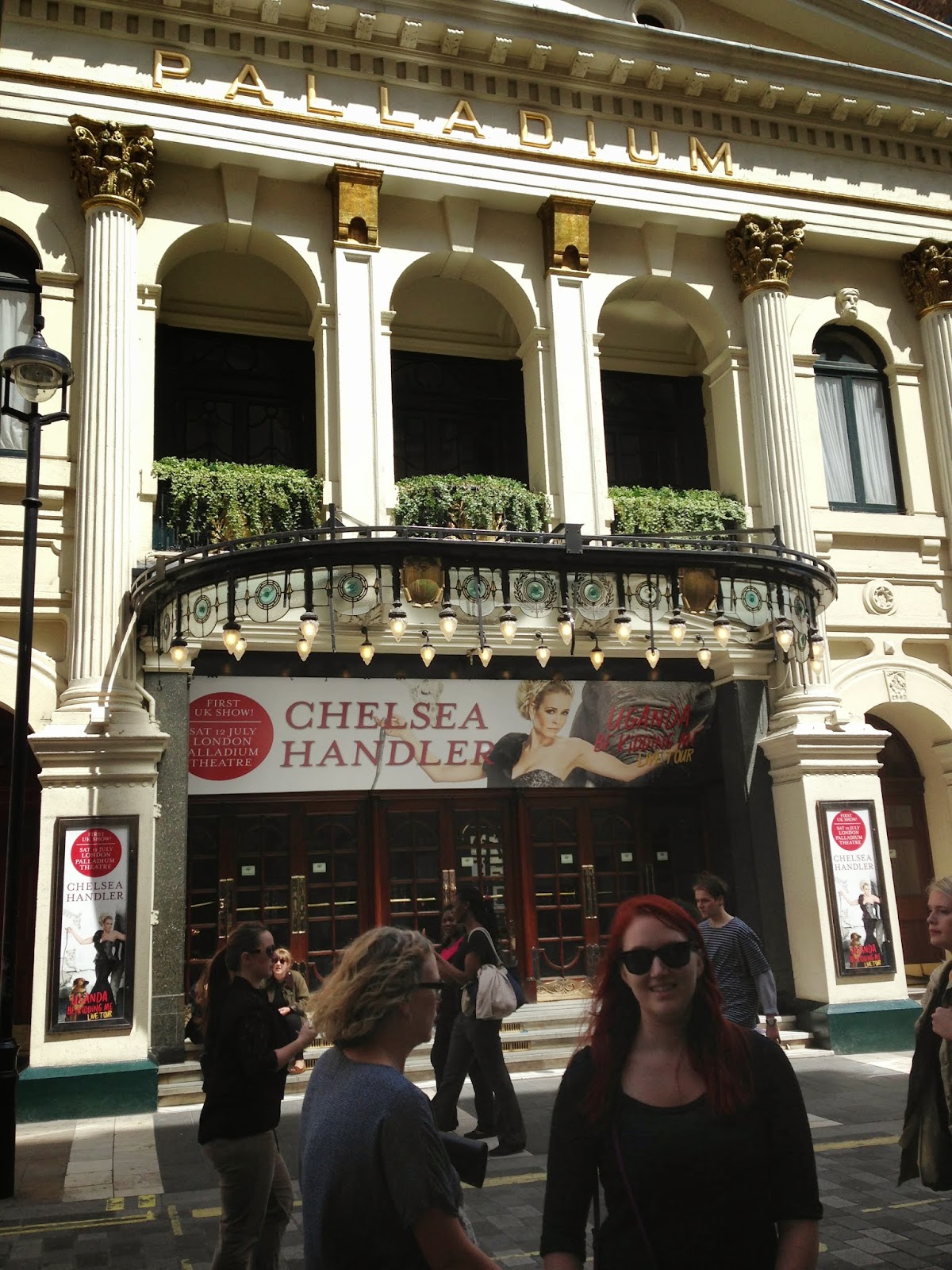 Of course – no trip would be complete without a wander through Covent Garden and a return to the place where The Border Studio really all started – the London Palladium Theatre where my grandfather Les used to paint backcloths and scenery.
Sadly there wasn’t a production currently in else I’d have snapped up a ticket but I do have fond memories of having a backstage tour and seeing ‘The King and I’ in production here several years ago.

Overall we had a really fantastic time in London and feel really excited about what’s to come in the future as we came away with plenty of ideas for new shows and backcloths – and if anyone is considering a visit soon then please do go see ‘Miss Saigon’ and tell us what you think!