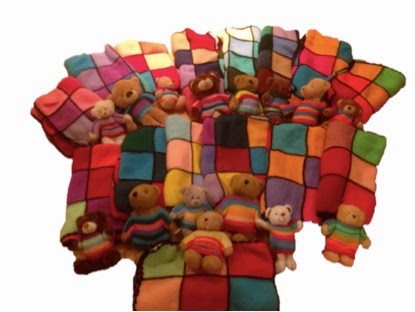 A few months ago we officially announced the launch of our new charity initiative, the #bearinablanket project.We’ve been absolutely overwhelmed by the huge response that we received from everyone and are so excited that so many of you are willing to join us with our challenge!

We recently sent over a shipment of bears and blankets to the charity Little Stars in Luxor, who have just got back in touch with some pictures to show what happens next.
Little Stars is currently supporting around 85 families in rural Luxor.
Since their establishment Little Stars have built a clean medical clinic that provides free healthcare to the surrounding community, as well as being a resource centre that provides additional support. 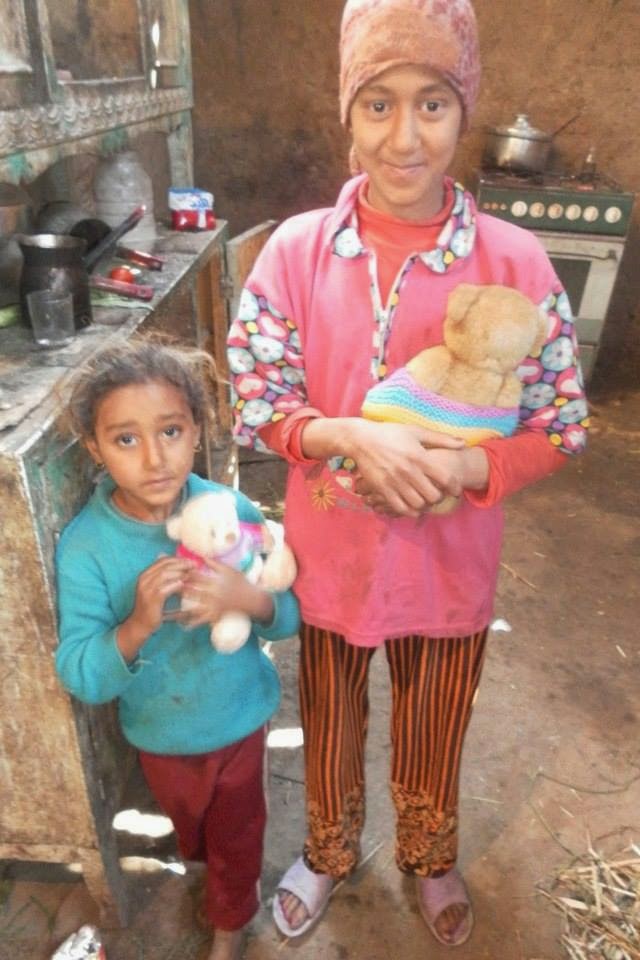 Today, the centre includes a surgery, an IT room, several schoolrooms and a playroom featuring numerous toys for the children who often don’t have any of their own. It also has a sewing room where women are shown how to use sewing machines and taught how to sew their own clothes, and to mend and make alterations. The IT room is often used to help teach the children who can attend as well as teaching computer skills to help people find jobs.
Not only this but Little Stars also helps the poorest families in the outlying villages by taking out food parcels for them once a month, and handing out donations of clothing. Typically a family will have to survive on around 400.00 Egyptian Lei a month, given to them by the government – the equivalent of about £40.00. 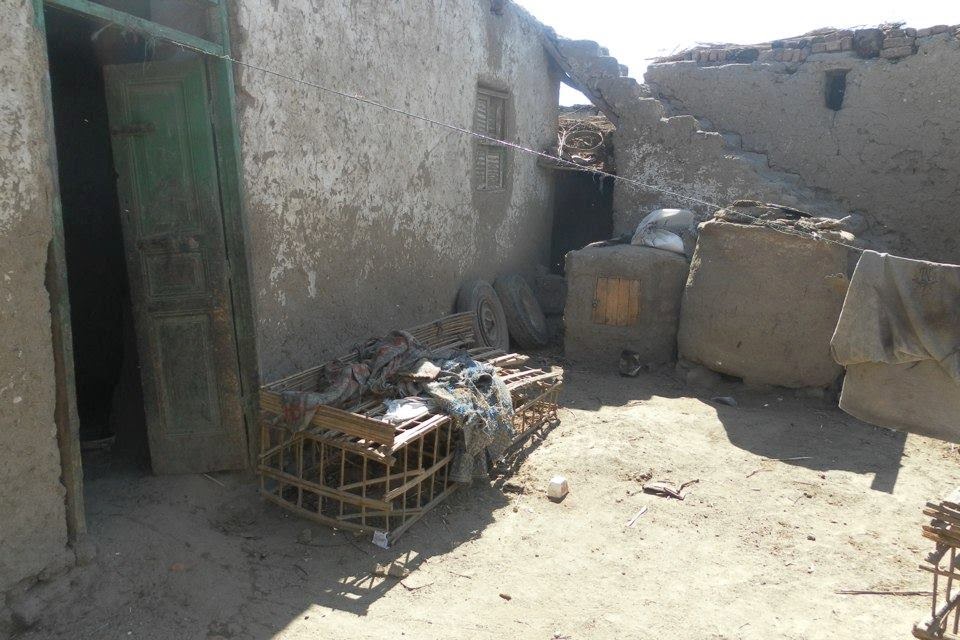 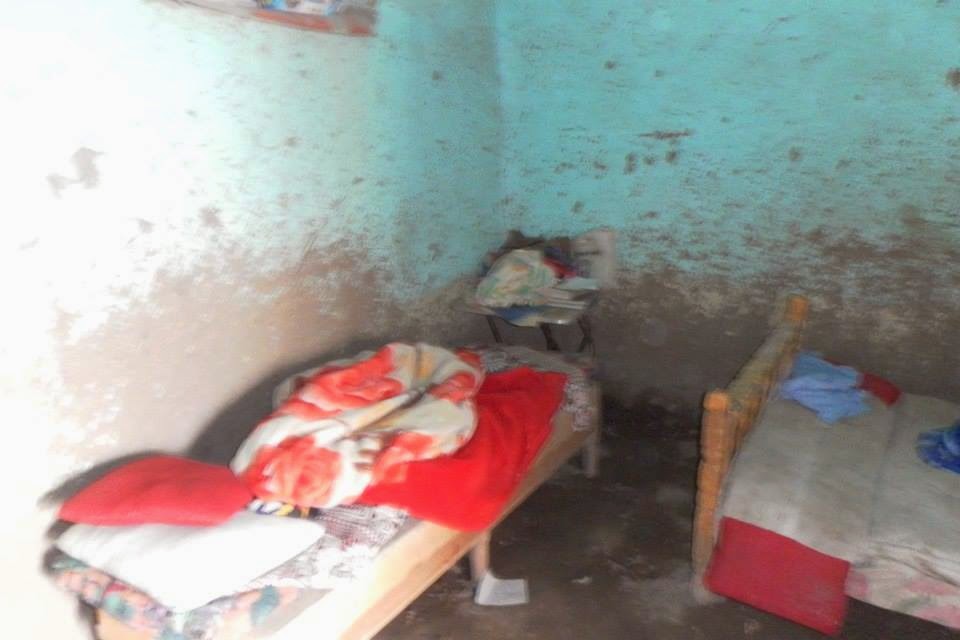 From looking at the pictures you can see that the conditions these families are living in are appalling, and deeply upsetting to witness.
The centre runs on donations and is in desperate need of clothing and shoes for older children as well as for the younger children, babies and toddlers.
Whilst Egypt is very hot during the day it can become very cold at night and without proper clothes to cover them the children are incredibly vulnerable to becoming sick. Even a small knitted hat for a new born baby can make a difference.

One of the families that Little Stars supports is a mother and her two children, both of whom are severely disabled. 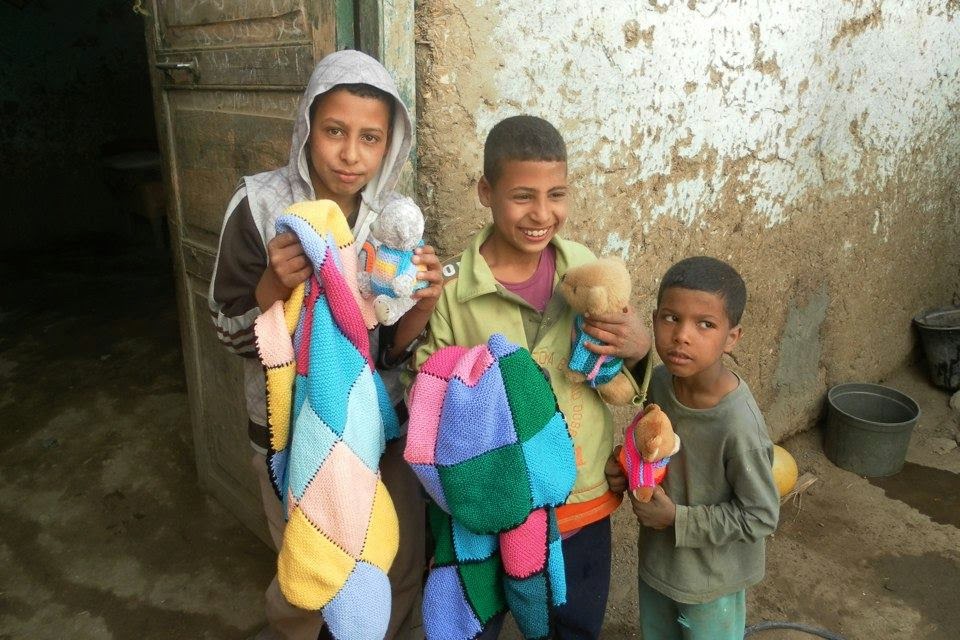 Both children are unable to move so their mother is their full time carer, and she struggles to find any time to be able to go out to work and earn money and therefore relies on the charity to support her.
What these families really need is money and food, but through the Little Stars centre they also have access to resources to help them learn skills that they can use to support themselves better. 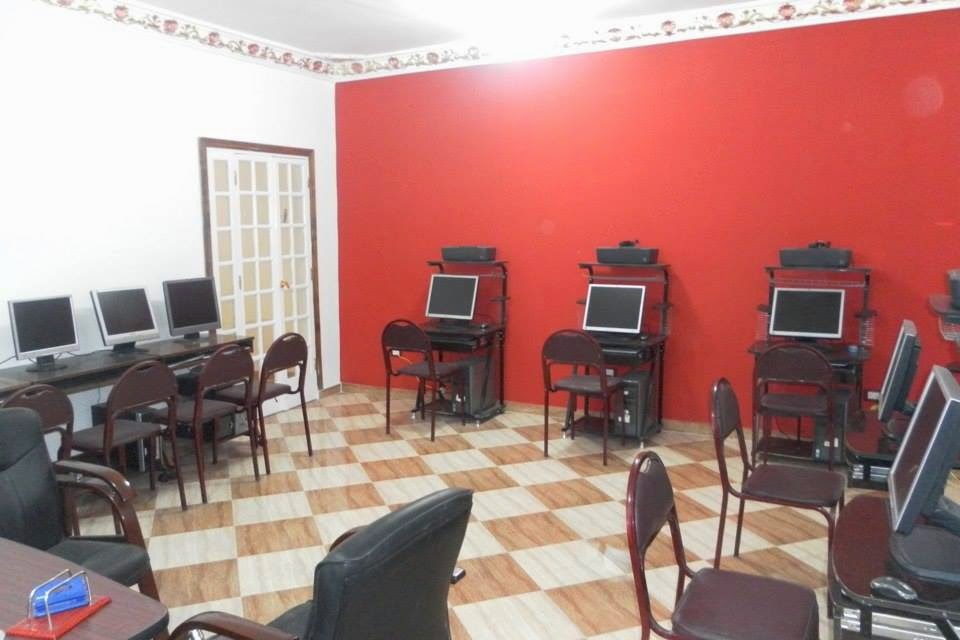 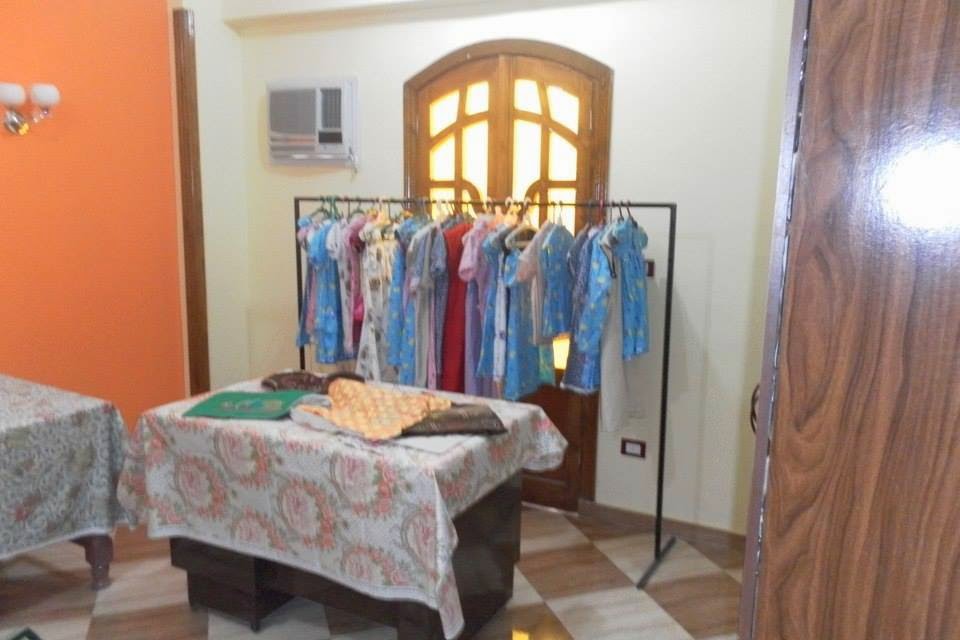 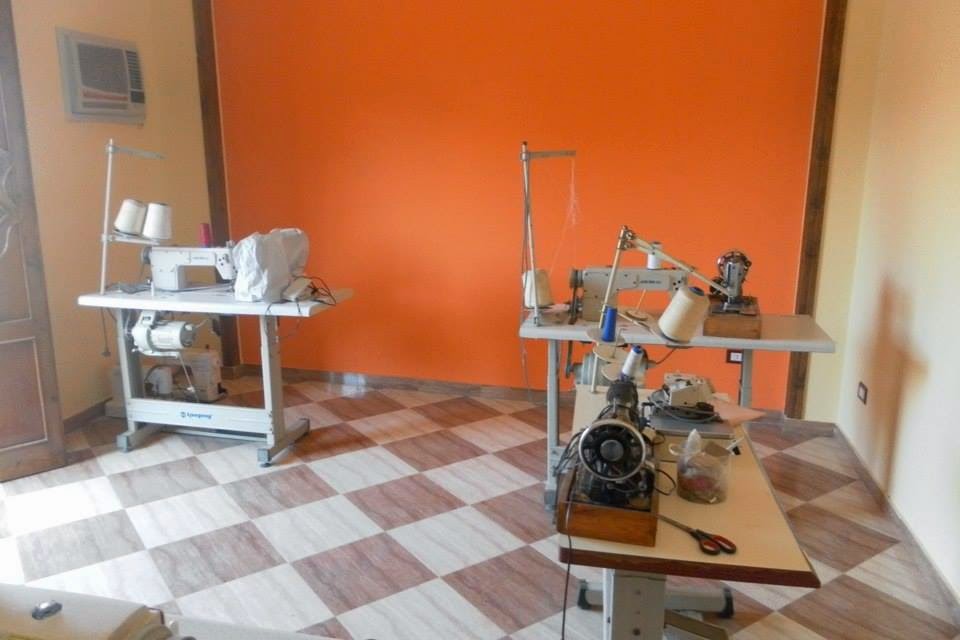 The children that received the bears and the blankets were totally overwhelmed that something had been made specially for them by people in a far away country. The gesture from receiving a bear showed them that lots of people do care and are trying to help. 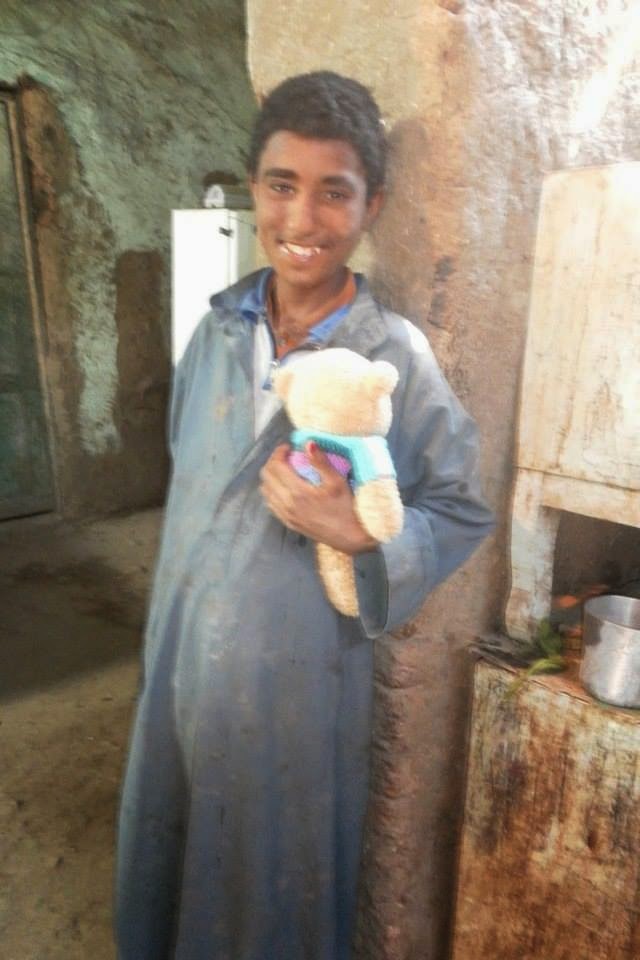 They were so thrilled to each have a toy of their own, as well as a matching blanket to snuggle up in at night. Even the older children were gathering around and were delighted when there was enough for them also. We think the older boys would be even more impressed if they received some things from ‘Manchester United’ (much as it pains me to say, being a firm City supporter!) but from now on as well as knitting the bears and blankets we’re also going to start collecting footballs and other Man United club bits and pieces.

However there are still plenty more children who do not have a teddy or a blanket yet. We need you to join us in continuing to knit these bears and blankets to show even more families that we want to try and help them. 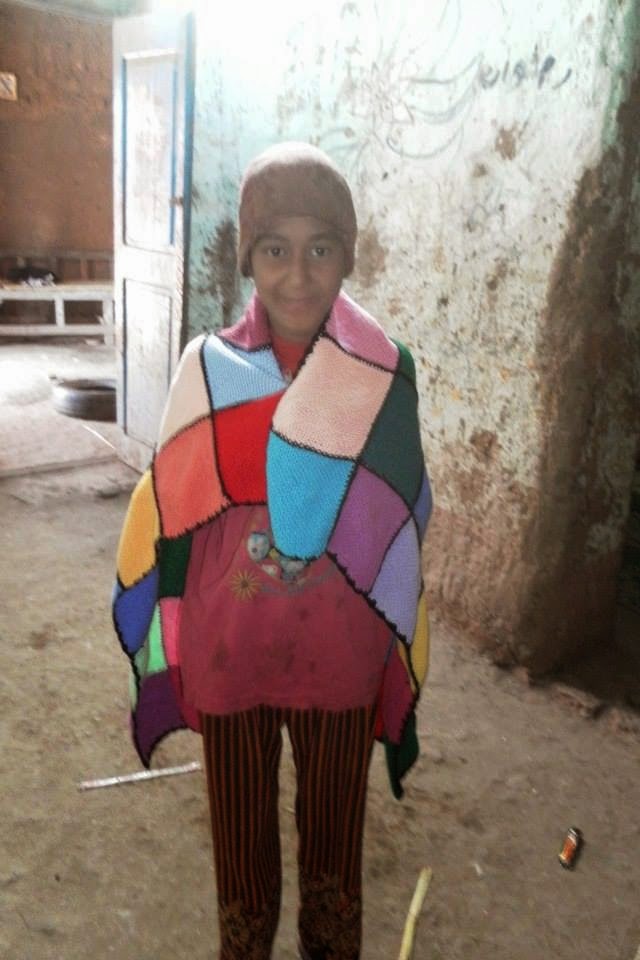 This time we also sent out lots of children’s clothing which Little Stars can distribute so alongside your bears and blankets please feel free to donate any clothing and toys, and we also accept donations of balls of wool to keep us going!
To an experienced knitter, knitting a bear and a blanket is such a small thing but it really did make a huge difference to these children who were just so appreciative!

If you would like to learn more or receive our #bearinablanket project info pack please don’t hesitate to get in touch!

You can leave a comment here or on our facebook page, or you can email us at bearinablanket@gmail.com

Additionally, you can download the info pack by visiting this page

Thank you so much to everyone who has supported us so far!